South Africans are in for a petrol price shock 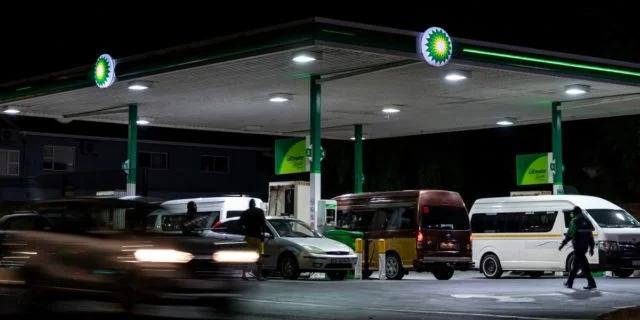 Analysts and economists are warning South African motorists to brace for a massive increase in fuel prices in June, as the government’s General Fuel Levy intervention is expected to come to an end.

Petrol vehicle owners were given a slight reprieve in May, with prices coming down by 12 cents per litre for the month. However, this was only possible due to costs being offset by the government’s intervention.

In March 2022, finance minister Enoch Godongwana said that using the country’s reserves would allow it to reduce the general fuel levy (GFL) included in the basic fuel price by R1.50/litre for the period between 6 April to 31 May 2022.

While it is not yet clear whether the deadline for this intervention (31 May) means that it will still be in place for June’s petrol price adjustments, experts say that motorists will inevitably have to deal with the R1.50 levy being forged back into the overall price.

“The government provided short-term relief through reducing the GFL, but this relief ends at the end of May going into June. If the GFL returns to its set rate, that will add another R1.50/l to petrol and diesel and will certainly push the prices of these fuels much higher,” said the Automobile Association.

“The question now is how the government plans to deal with the fuel price going forward, and how, ultimately, this will result in sustainable relief for South African consumers.”

The increase has already been pencilled in by economists at Absa, with the bank also forecasting increases in fuel taxes in the coming year as part of the National Treasury’s annual adjustments.

The only way to soothe the sting of the R1.50 levy being added back into the fuel prices is to hope for a recovery in the rand and, and lower oil prices – however, in the first week of May, the rand has taken a beating against a resurgent dollar, while oil prices remain stubbornly high.

An early month snapshot from the Central Energy Fund shows that both these factors – a weaker rand and a higher oil price – paint a bleak picture for local fuel prices going forward.

With the government’s intervention still in effect, the daily over/under-recoveries point to a R1.70 per litre increase for petrol, and as much as R2.00 a litre for diesel.

The daily snapshot is not predictive and only shows the price fluctuations based on trends of the day; much can change between now and the end of the month when the fuel price adjustments are determined.

However, it does point to a worrying result for the June petrol price changes. If the rand and oil price trends do not reverse entirely and swing into an over-recovery, the market will not be able to absorb the return of the R1.50 fuel levy.

If the trends continue – or worsen – motorists could see the R1.50 added another record increase for petrol and diesel, and may need to brace for a R3-plus per litre hike in prices.

South Africa’s rand remains on the back foot against the dollar this week, which continues to gain strength due to concerns over slowing economic growth globally, rising interest rates, and war risks, leading to increased market volatility.

The dollar strengthened versus all of its major peers as China’s Covid lockdowns, accelerating inflation and the worsening outlook for global growth boosted demand for the currency as a haven, Bloomberg reported.

While the rand fought its way back against the greenback in the middle of last week – reaching levels as strong as R15.43 versus the dollar – this trend has reversed, and the local unit traded at over R16 to the dollar on Monday (9 May).

The oil price, which has a significant impact on global and local fuel prices, is also on an upward trend.

Global oil prices have been primarily impacted by Russia’s invasion of Ukraine, which has led to supply concerns – particularly as the European Union moves to ban the use of Russian oil as a sanction against the war.

“Despite concerns about global growth, the Brent crude oil price rose for a second week as the EU moved closer to banning Russian oil imports. The EU is still finding ways to win over some reluctant member states, but broadly aims to phase out supplies of Russian crude oil in six months and oil products by the end of 2022,” the BER said.

The oil price has remained above the $100 a barrel mark since the war began. Over the last week, it has trended towards $110 a barrel.

What can be done

Speaking to ENCA in March, Avhapfani Tshifularo, the executive director of the South African Petroleum Industry Association (SAPIA), said that South Africans cannot rely on or hope for market fluctuations like the oil price and rand strength to save them from price hikes.

He said that fuel prices are subject to issues outside of South Africa’s borders and that there is almost nothing the country can do to address it. The basic fuel price would need to decrease for consumers to feel any relief at the pumps, he said.

Once the R1.50 intervention has ended, the government has outlined a broad number of interventions that will be considered going forward, including a review of the basic fuel price.