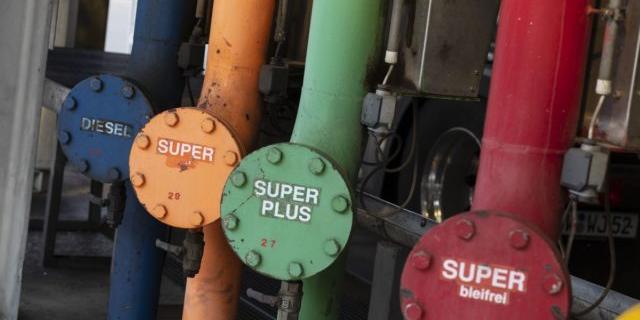 Oil slumped as Russia said it was taking steps to “de-escalate” the conflict in Ukraine, while floating the possibility of a meeting between Vladimir Putin and his Ukrainian counterpart Volodymyr Zelenskiy.

West Texas Intermediate erased earlier gains to trade down as much as 7.1%, below $100 in New York. Moscow said it would sharply cut military operations near the Ukrainian capital of Kyiv, though troops had already been bogged down there for weeks.

Russia’s chief negotiator said there is a willingness to consider a presidential meeting between Putin and Zelenskiy. Kyiv has long sought direct talks, while Moscow had resisted committing to Putin’s participation.

“Hopes are rising that the talks between Russia and Ukraine will eventually get some results,” said Hans Van Cleef, senior energy economist at ABN Amro. “Or in other words, that the Russian oil supply won’t be hit any harder than the self-sanctioning that we have seen so far.”

Oil has been buffeted by wild swings in recent weeks as liquidity dwindles in the face of huge market volatility. On Monday, West Texas Intermediate lost almost $8 a barrel, while Tuesday’s enormous headline-driven price swings are yet another indication of the liquidity issues currently facing crude.

Wheat, aluminum and gold also fell on the news.

Kyiv said before the meeting it is hoping to secure a cease-fire and at least temporarily halt the 34-day war in Ukraine, but heading into the talks both sides differed vastly on disputed positions.