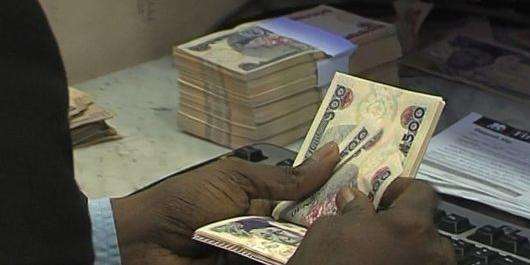 A former head of the Financial Intelligence Unit of Argentina, Marian Federici; Chairman of the Institute of Director Centre for Corporate Governance (IOD CCG), Shuaibu Idris; CEO of IOD CCG, Nerus Ekezie and other professionals, have advised the government on the options for scaling up the Anti-Money Laundering/the Countering of Funding of Terrorism (AML/CFT) campaign, concluding that the most efficient approach is public-private sector collaboration.

The position was taken at a public and private sector roundtable held by IOD CCG in Lagos. The forum approached the subject matter from a sociological perspective, examining the historical path, efforts made, contemporary constraints and place of enablers/gatekeepers.

Federici, who hooked up from the United States to present his keynote, said the involvement of the private sector in AML/CFT) marked a “revolutionary change in combating crime” and that it enhances information sharing between the government and the corporate leaders.

He, however, observed that a two-way information flow, trust and commitment on the part of the public sector are key to achieving a breakthrough in investigation and prosecution. Mistrust, he noted, is a major setback in getting the private sector individuals to share sensitive information as people are often not sure the government will protect them.

“Leadership, commitment and trust are pillars of success the public sector needs to share information with the private sector. Government also needs to build governance and responsibility around the partnership,” the speaker suggested while highlighting the constraints on the part of the two parties.

Federici, who is currently Senior Managing Director at K2Intergrity, said the two parties need consistent engagement to brainstorm on relevant areas of divergence and give assurances, which are critical to trust-building.

For him, blockchain presents a fresh grey area in tracking money laundering. He was optimistic that partnership with blockchain analytics offers countries a leeway to stay ahead of suspicious transactions.

While there is a common belief that criminals could get away with a dubious transaction using cryptocurrencies, the expert said it will not continue to be a haven for individuals with questionable character as governments would build capacities over time to detect fishy transactions and take actions where necessary.

Idris said the organisation was working with critical stakeholders on the establishment of the National Ethics and Integrity Club to target students “so that they will not be corrupt when they grow up”. He was confident the challenges in the financial system are surmountable if only individuals and organisation begin to conduct their affairs responsibly in their relationship with others, insisting Nigeria cannot continue business as usual.

According to Ekezie, the country must sanitize financial and real estate sectors to reduce illicit financing flow. He described the two sectors as the most vulnerable to money laundering. The encouraging participation at the event, he said, was an indication that Nigerians are ready to embrace change in attitude.