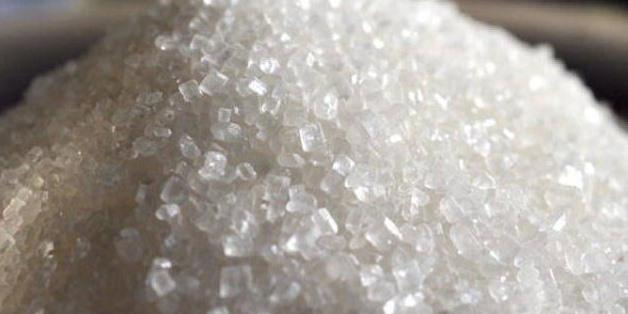 CAIRO - 11 May 2022: Canal Sugar Company announced Tuesday the start of the official operations of the largest sugar production plant in the world, with investments amounting to about $400 million.
The first and second lines of the factory have been started with a production capacity of 18,000 tons of sugar per day, in preparation for reaching the maximum production capacities of about one million tons per year during the next year 2023.
Once the maximum capacities are reached, the company will contribute positively to Egypt achieving 100 percent self-sufficiency in sugar in line with the state's vision to achieve sustainable development in Egypt 2030, which is mainly based on achieving self-sufficiency in basic and strategic commodities.
The Canal Company, which UAE Al Ghurair Group owns a controlling stake of, affirmed that the factory is the largest beet sugar factory in the world with investments of about $1 billion, to produce more than 900,000 tons annually, in addition to developing and reclaiming 181,000 acres of desert land using groundwater, to produce 2.5 million tons of sugar beet per year, and other strategic crops such as wheat, corn and chickpeas.
The project contributes to bridging 75 percent of the gap between sugar production and consumption in Egypt, which currently stands at 1.1 million tons annually.
It will contribute to replacing imports worth $900 million annually, and will also export by-products worth up to 120 million tons annually.
Moreover, it will produce white sugar, the company's project aims to produce 216,000 tons of beet pulp and 243,000 tons of "molasses" annually, which are all exported abroad.
The project is considered the largest agricultural and industrial project in Egypt since 1952, which includes the reclamation of a large area of ​​desert land.
Emirati contributions to the Canal Sugar Company, an Egyptian joint stock company, represent 70 percent of its capital, distributed between 37 percent of the Emirati businessman Gamal Al Ghurair Group, which supports the project as a technical sponsor, and 33 percent of Murban Energy, which supports the project as a financial investor, while Al-Ahly Capital Holding Company, a subsidiary of the National Bank of Egypt, owns 30 percent of the company’s capital, and plays the role of the exclusive financial advisor for the project, according to the company’s data.
The Canal Sugar Company was established with a contribution from the Emirati Gamal Al Ghurair Group of Companies, Al Ahly Capital Holding Company, the investment arm of the National Bank of Egypt, and the UAE Murban Energy Limited Company, to implement the project of the largest white sugar factory from sugar beet in the world on an area of ​​240 feddans, in addition to the reclamation and cultivation of 181,000 feddans.  The total investments of the project are estimated at about $1 billion.
It includes the largest silo for storing sugar in the world, with a storage capacity of about 417,000 tons, noting that the project contributed significantly to providing 1,500 direct jobs, in addition to direct workers, which amount to about 50,000 farmers and indirect workers.