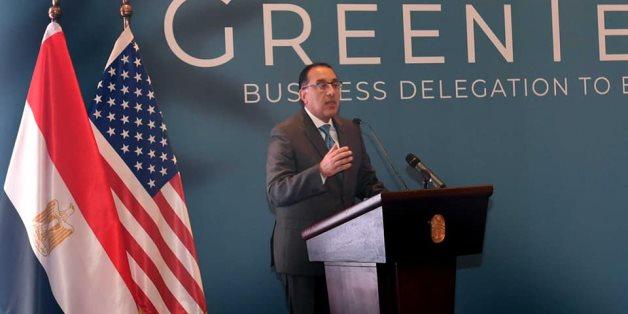 CAIRO – 16 May 2022: Egypt’s Prime Minister Mostafa Madbouli said the trade exchange between Egypt and the US amounted to $9 billion in 2021 as he attended a meeting organized by the American Chamber of Commerce in Egypt (AmCham Egypt) on Monday.

This came within the framework of a visit by the GreenTech Business delegation to Egypt.

Madbouli said the cumulative US investments in Egypt has reached $24 billion in 2022 in the sectors of energy, petrochemicals, infrastructure, manufacturing, tourism and agriculture.

Madbouli affirmed that the US is one of Egypt’s most important trading partners, adding that the US investments in Egypt cover several sectors, including infrastructure and energy.

The US supports the private sector as well as efforts to promote the business environment in Egypt, Madbouli said.

Madbouli also shed light on the existing cooperation between the Egyptian government and the United States Agency for Development (USAID).

This is represented in the implementation of joint projects in the fields of education, health, tourism, heritage protection, agriculture, governance, Madbouli added.

The visit of the American mission is one of the important results of the last round of the strategic dialogue between Egypt and the United States of America, which was held last November in Washington, the premier said.

In this regard, he added that the Egyptian-American strategic dialogue succeeded in formulating an ambitious vision to strengthen the bilateral relations between the two countries in all fields with a special focus on strengthening economic and trade relations.

Egypt seeks to spur its economic growth and increase its GDP, despite the challenges posed by the COVID-19 pandemic and Russian-Ukraine conflict, he added.

The American delegation comprises representatives of various companies and financing bodies interested in investing in the green energy domain in Egypt.

Minister of Electricity Mohamed Shaker also attended a meeting with the US chamber on Monday to learn about the measures taken by the Egyptian electricity sector in the field of reducing emissions within the framework of preparation for COP27.