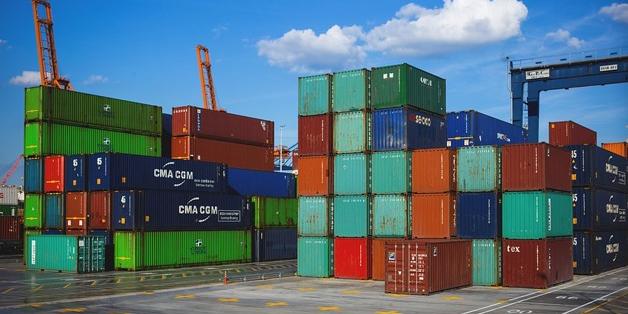 CAIRO - 18 April 2022: Minister of Planning and Economic Development, Hala El-Said, discussed with officials of the Egyptian Exporters Association (Expo Link) the executive position of establishing the first export academy in Egypt.
El-Said said during the meeting that the project to establish the first export academy in Egypt is taking place within the framework of the second phase of the Assistance for Trade Program for Arab Countries (AFTIAS), to be a window to implement the state's directions regarding increasing exports and preparing the necessary cadres.
She explained that the strategic goal of establishing the academy is to establish a unified entity concerned with training exporters and providing export advisory services in Egypt and the countries of the region.
The minister added that the goals of establishing the academy are to ensure the sustainable growth of Egyptian exports by providing access to markets with promising export opportunities, encouraging the shift towards exports with high added value, expanding the base of exporters to include small and medium enterprises, in addition to simplifying procedures and creating a business environment to serve exporters.
El-Said added that it is proposed that the academy be managed through the private sector, as it is the sector concerned with export. In order to maximize the benefit from its activities, provided that the state supports this academy in order to achieve its goals and ensure its continuity.
She pointed out the importance of finalizing the implementation of the proposal and announcing the launch of the academy during the annual meeting of the Board of Governors of the Islamic Bank to be held in Sharm El Sheikh during the month of June 2022.
Al-Saeed pointed out that it is necessary to define a specific plan for training that includes the target numbers, the training curriculum, and the targeted sectors of training in which the volume of export is required to be increased, stressing the importance of developing a set of performance indicators by which to measure the success of the academy in implementing its goals, including opening new markets, and increase the volume of export.
For his part, Mohamed Qassem, Chairman of the Board of Directors of the Expo Link, stressed that the main goal of the Association is to increase the volume of Egyptian exports.
He explained the range of services provided by the Expo Link to exporters, as the Association aims since its establishment to provide services and improve the general environment through reforms, adding that it has an agenda of reforms that serve all export sectors, and this agenda is renewed periodically.
In turn, Ahmed Taha, Executive Director of the Egyptian Exporters Association, reviewed the activities and programs of the association during the last period, and its study of different markets and their needs, which differ from one country to another.
He pointed out that the association was established 25 years ago, while giving a detailed presentation on the proposed training plan, which includes target markets, the percentage of increase in the number of exporters, the objectives of training programs and the proposed set of indicators for each training program.