Egypt : Glimpse into potential of electricity linkage between Egypt, Europe 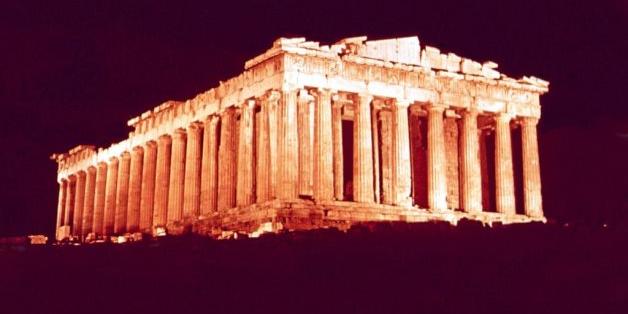 CAIRO - 31 March 2022: During the Egyptian, Greek, and Cypriot Tripartite Summit held mid-October, the three countries signed electricity linkage MoUs among them. President Abdel Fatah al-Sisi noted in the press conference that the electricity linkage with Greece and Cyprus is getting Egypt close to linkage with Europe. Similarly, Greek Prime Minister Kyriakos Mitsotakis stated that electricity linkage with Egypt is aimed at the diversification of energy sources pointing out that Egypt will be an essential source of solar energy supplied to Europe. We will examine in the following Europe's electricity needs, and Egypt's potential as supplier.

The energy mix in the EU is composed of petroleum products (including crude oil) (36%), natural gas (22%), renewable energy (15%), nuclear energy (13 %) and solid fossil fuels (13%). As indicated on the European Commission's website, around 21 percent of the final energy consumed in Europe is electricity. According to the latest figures in 2019, 39% of that electricity came from power stations burning fossil fuels, 35% came from renewable energy, and, 26% came from nuclear power plants. Speaking of renewable energy, the breakdown is 13% from wind turbines, 12% hydropower plants, 6% from biofuels, and 4% from solar energy. The dependency rate (share of net imports) of the EU stands at 61% whereas the main imports are petroleum products (including crude oil), constituting two-thirds of all energy imports, natural gas composing 27%, and solid fossil fuels being just 6%.

In 2014, the EU set a 2020 target entailing that "each country should have in place electricity cables that allow at least 10% of the electricity produced by its power plants to be transported across its borders to neighbouring countries," as put on the website. Seventeen countries reported either accomplishing the target or being on track to reach it. The European Council has demanded the European Commission to raise the target to 15 percent to be achieved by 2030. Not just that, the commission's 'Framework Strategy for a Resilient Energy Union with a Forward-Looking Climate Change Policy' aims for increasing the share of renewables in electricity generated to 50% by 2030, and 100% by 2050, according to a 2017 report.

Nonetheless, sometimes, the EU endures energy crises. That is why the union has been working on storage solutions in order to be able to navigate such situations more smoothly, and to ensure energy security. Such crises can also be mitigated through electricity linkage with countries not even located on the European continent.

Currently, Egypt is able to produce 60,000 megawatts of electricity with 15,000 megawatts being a surplus. It is also noted that the share of renewable energy in the energy mix is 20 percent, and the 2035 target is 42 percent. Now, the shares of wind power, hydropower, and solar power are 12%, 6%, and 2%, respectively.

Egypt is already experienced in electricity linkage with the line with Jordan – dating back to 1999 - being the largest as its capacity is 450. Also, talks are underway to boost it to 2,000. Another linkage project that will be larger is the one with Saudi Arabia. In October, Egypt and Saudi Arabia signed agreements to stretch the line over 1,350 kilometers with a capacity of 3,000 megawatts, and a cost of $1.8 billion. The line is expected to be launched within 36 months, and operated in full-capacity within 52 months.

Speaking of linkage with African countries, the line between Egypt and Libya having a capacity of 240 megawatts and being in place for 30 years will be upgraded for it to be operated in full capacity as well as expanded in the future to 500 megawatts.  A very recent linkage is the one with Sudan having a capacity of 70 megawatts, and that will be raised to 300.

The line between Egypt, Greece, and Cyprus is within a bigger project worth $4 billion, and dubbed EuroAfrica Interconnector. The capacity of the line is 2,000, and it will be implemented over two phases. The length of the submarine cable – to lie 3,000 meters below sea surface in some areas - is 1,650 kilometers, consisting of two sections. One is from Egypt to Cyprus extending over 498 kilometers. The other stretches over 898 kilometers between Cyprus and Greece's Crete Island. The line is planned to be operated in December 2023 with an initial capacity of 1,000 megawatts.

Potential of Renewable Energy in Egypt

The Egyptian Atlas prepared by the New and Renewable Energy Authority indicates that desert areas extending over 7,673 kilometers are suitable for the establishment of wind farms, which can boost the amount of renewable energy produced to 90,000 megawatts.

In six years, Egypt has been able to jump 68 ranks in terms of electricity production from the 145th rank to the 77th, and that success is attributed to public investments directed at upgrade and expansion in the sector. Not just production increased but also distribution enhanced. The distribution networks hit 164,000 megavolt-ampere (MVA) rising by 12,560 MVA.