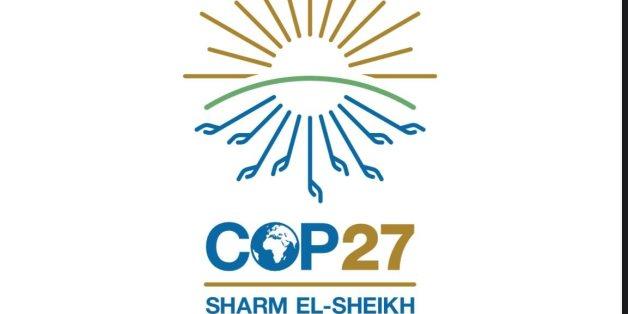 CAIRO - 12 May 2022: Egypt unveiled the logo for the 27th session of the Conference of Parties to the United Nations Framework Convention on Climate Change (COP 27) due to convene in November in Sharm El-Sheikh.

The logo mixes the African and Egyptian cultural identities. It depicts the African sun embracing the Sun of Aten, whose rays shine on a new horizon, announced the Egyptian Ministry in a statement on Wednesday.

Aten is a sun god worshiped during the era of Pharaonic King Akhenaten.

The ministry added that the sun is the source of life and a sign of hope, and one of the well-established symbols in the African culture. Sun rays extending over the horizon symbolize the renewal of hope for a better world.

“Its rays also symbolize the energy needed to sustain life. Meanwhile, the sun of Aten, with its rays ending with hands, expresses the generosity of nature that gives us means of living, luxury and prosperity. In the middle, a new horizon stretches to express hope for a better future,” the ministry said.

“The design of the logo stresses the importance of preserving the planet, as it is time for the international community to unite to work constructively against climate change, which is threatening humanity now more than ever,” the Ministry continued.

The next session of the COP27 will focus mainly on implementing the pledges related to confronting climate change, and Africa’s efforts regarding this matter.

Since Egypt was announced to be the host of the upcoming United Nations Conference of Parties on Climate Change (COP 27), all state agencies have been working to prepare for the global event, and steps were taken to declare the hosting city, Sharm El-Sheikh, a green city.

The plan to declare Sharm El-Sheikh a green city targeted  using clean energy, encouraging investment in the areas of preserving the environment, and working on the establishment of a number of projects related to renewable energy, which was a priority.

All cars and buses in Sharm El- Sheikh will operate by electricity, and more than 100 charging points will be established for these vehicles, according to the Ministry of Environment. Also, all hotels in Sharm El-Sheikh will be powered by solar energy, through the spaces inside each hotel separately, using the net metering system, whereby the solar energy capacities will be increased with this system to reach 1000 megawatts instead of 300 megawatts.