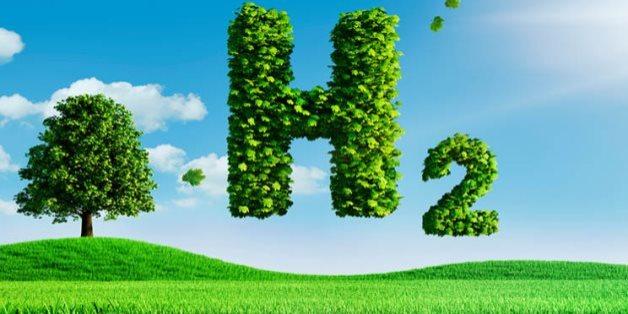 CAIRO – 25 April 2022: Two memoranda of understanding were signed by Egypt and UAE on Sunday to develop green hydrogen plants in the economic zone of Suez Canal.

Masdar and Hassan Allam Utilities will form a strategic alliance to develop green hydrogen plants in the economic zone of Suez Canal and on the Mediterranean coast in stages stretching to 2030 to ultimately produce up to 480,000 tons of green hydrogen annually through electrolyzers with a capacity of four gigawatts.

The first phase of the project will establish a green hydrogen station by 2026, producing 10,000 tons of green methanol annually to supply shipping vessel in the Suez Canal and on the Mediterranean. That would save a production capacity of four gigawatts by 2030 to instead produce 2.3 million tons of green ammonia for export purposes, besides supplying local industries with green hydrogen.

Hydrogen must be chemically separated from other elements to be used in fertilizers, oil refining, and as clean fuel. If used as fuel, its only byproduct would be harmless water. Hydrogen’s production, however, is typically far from clean.

In a world dependent on fossil fuel, hydrogen is normally produced by reforming natural gas, where methane and steam react at a high temperature yielding hydrogen and carbon dioxide. For every one kilogram of hydrogen, 10 kilograms of carbon dioxide is released into the atmosphere, exacerbating climate change. This form of hydrogen is called gray hydrogen.

The production of green hydrogen, on the other hand, would help decarbonate the planet. When electricity is obtained from a renewable source such as the wind or the sun, and that electrical current passes through an electrolyzer in the water, hydrogen is separated from oxygen in a completely eco-friendly process.

Green hydrogen can then react at a high temperature and pressure powered by clean energy and form ammonia, which otherwise is produced in a way that hurts our environment. Ammonia is widely used in manufacturing fertilizers.

Similarly, green methanol can be produced from green hydrogen reacting with carbon dioxide and can be used as sustainable low-carbon fuel.

Egypt will host COP27 in 2022, while UAE will host COP28 in 2023. The two countries have intensified cooperation at the level of environment friendly practices and projects in preparation for the two United Nations conferences.