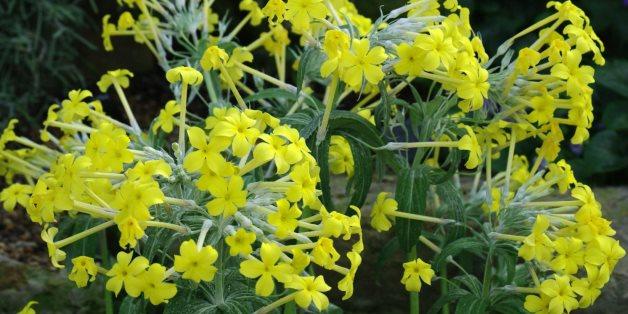 CAIRO – 1 April 2022: Over the past years, the threats of climate change and its impact on plants biodiversity have been emerged.

Egypt has around 45 types of plants that are endemic to Egypt, and they are considered rare plants, including 11 species listed on the Red List of the International Union for Conservation of Nature as globally threatened species due to climate change.

Among these species are the “Primula Boveana” and “Rose hip” plants that are endemic to the high mountains, within protected borders of Saint Catherine Reserve. In this area, the small geographical range is one of the strongest factors predicting the risk of extinction, especially in wild species, as it increases environmental vulnerability.

In the same context, the Ministry of Environment has updated the National Biodiversity Strategy and the National Action Plan for the years 2015 to 2030, and one of its goals was to preserve and manage endemic and endangered species, in accordance with international standards.

The ministry took serious steps to protect biodiversity, within and outside nature reserves, through the use of international rules of the Convention on Biological Diversity and national law (102/1983).

Species restoration plan and conservation measures are one of the appropriate steps for currently threatened species, which have already suffered huge losses in their numbers, or are in a state of rapid decline.

There are a number of environmental factors, which control the distribution of the “Primula Boveana” and “Rose hip” plants, and despite the decrease in the survival rates of seedlings by 1% of the germinated seeds, after 8 months of germination of Primula Boveana, the geographical range increased by 230%, and if maintained, this could help reduce pressures on this species, as well as reduce the risk of extinction.

As for the Rose Hip plant, after a year of planting it in the wild, its survival rate ranged from 66% to 100%, its geographical range increased by 65%, and the population size increased by 6.8%, and this is a success if the new individuals continue to maintain adaptation, which will expand the plant's ability to adapt.