egypte : Halted brands from imports do not constitute 5% of Egyptian market: Foodstuffs Division 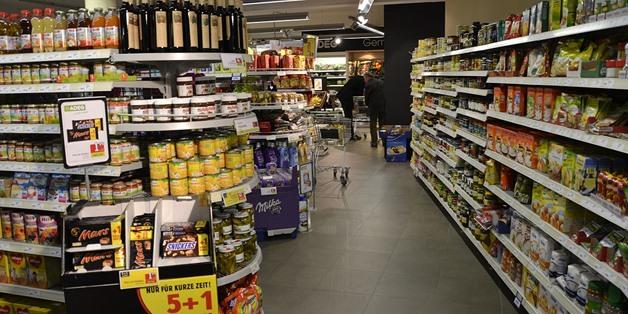 CAIRO - 17 April 2022:  The decision to stop importing Almarai Company’s products, Lipton products and others, will not affect the Egyptian market because all of these products are manufactured in Egypt, and those imported from abroad do not constitute 5 percent of the Egyptian market, Hazem El-Menoufy, a member of the General Division of Foodstuffs in the General Federation of Chambers of Commerce, said.
El-Menoufy elaborated in a statement, Sunday, that there is the Danone chocolate product, there is the Egyptian Danone and the imported Danone, as well as the importer Persil. He noted that there is a branch of the Persil company that is manufactured in Egypt, and the Egyptian market will not be affected by not importing these products from abroad.
He explained that companies exporting to Egypt that have been removed from the register of exporters to Egypt may appeal against this decision within 60 days and adjust their status, and the Ministry of Trade and Industry can decide on the grievances, whether by acceptance or rejection.
He pointed out that Resolution 43 of 2016 provided for the establishment of a register of factories and companies that own trademarks eligible to export products at the General Organization for Export and Import Control, explaining hat it is not permissible to release these products imported for the purpose of trading, unless they are produced by registered factories or imported from companies that own the mark or their distribution centers.
Minister of Trade and Industry, Nevine Gamea had issued a decision to amend some provisions and items of Ministerial Resolution No. 43 of 2016 regarding amending the rules governing the registration of factories qualified to export their products to Egypt, provided that the decision shall be implemented from the day following the date of its publication in the Egyptian Gazzette, noting that the decision comes within the framework of the state’s efforts to facilitate procedures for the business community and facilitate the movement of import and export.
The minister said that the decision stipulates the cancellation of the third paragraph of Article One of Resolution 43, which stipulates that “a decision shall be issued by the Minister concerned with foreign trade, who shall be exempted from any or all of the registration requirements in the cases he decides.”
The decision also stipulated replacing the third item with Article Two of Resolution No. 43 so that “registration in the aforementioned register shall take place as soon as the documents are submitted in full, provided that the person concerned delivers evidence of registration within a period not exceeding 15 days from the date of completing the required documents, In the event of doubts about the validity of the submitted documents, the registration in the register shall not take place until after verifying their authenticity, and upon the request of the registration applicant, the company or factory may be inspected to ensure the authenticity of the documents, after the approval of the Minister concerned with foreign trade.
Gamea added that the decision added 3 new clauses to the second article of Resolution No. 43 stipulating that “it is permissible to submit documents for registration through the embassies and consulates of the governments of the countries concerned,” and to “renew documents that have a validity date within a period not exceeding 30 days from the date of of expiry, and “publish what is recorded or written off monthly in the Egyptian Gazette and on the website of the General Organization for Export and Import Control.”
She pointed out that the decision added two new articles with numbers (the second bis) and (the second bis 1), where the second article bis 1 states “the establishment of a committee, by a decision of the minister concerned with foreign trade, to look into complaints of non-registration or write-off from the registry and submit the grievance to the Agreements and Foreign Trade Sector to be presented to the Grievances Committee.
The grievance shall be resolved within a period not exceeding 15 days from the date of its submission, and the complainant shall be notified of the reasons for non-registration or cancellation and the corrective measures that must be taken on his part to re-register.
The second article bis stipulates that “the cancellation from the register shall be effected by a reasoned decision issued by the President of the General Organization for Export and Import Control in cases of missing any of the registration requirements. The decision to cancel may be appealed to the aforementioned grievance committee within 60 days from the date of notifying the person concerned.”