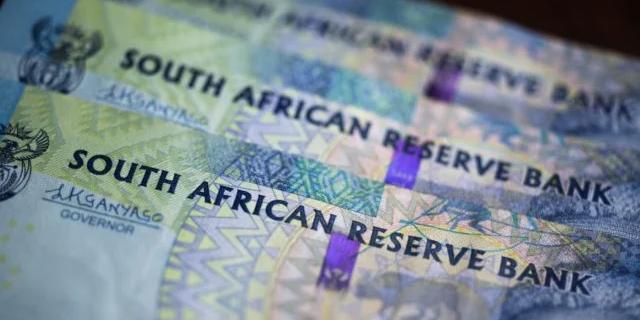 Despite being one of the most taxed groups of people in the world, South Africa’s middle-class continues to face increasing financial pressure, says Mike Schüssler, Brenthurst Wealth consulting economist.

In a research note this week, the economist noted that there were just 6.8 million taxpayers registered at the end of March 2022, supporting the rest of the country’s population.

“Basically, one of the world’s smallest middle classes pays the world’s tenth highest personal income tax to GDP. The data comes from the world’s biggest and longest-running tax database kept at the UNU-WIDER university.

The problem is that the share of people working in jobs with regular paychecks is very low and, even worse, that less than 36% of the total adult population works, according to World Bank data, Schüssler said.

More worrisome is that this middle class is shrinking and has not grown for a number of years now, and the share of people working has dropped from just above 50% to below 36% in less than 25 years, he said.

While the economy recovered to some extent in 2021, with real growth of 4.9% recorded after the recession of 2020 (-6.4% contraction in 2020), the job market has not shown similar growth compared to the broader economy.

By Q4 2021 total employment levels were still 480,000 lower than one year earlier, while the number of unemployed persons increased by 700,000, Schüssler said.

“Although many job losses were centred on lower-income (probably not income tax-paying) individuals, there was also a section of the formally employed population that were hit by retrenchments, downscaling, furloughing and an inability to find suitable employment in the aftermath of the pandemic.”

“Furthermore, firms want ever high skills while South Africa does not always produce enough skills of a high quality.”

In South Africa, the personal income tax burden is one of the highest in the world, Schüssler said.

“Furthermore, given the inability of our government to provide the services that tax revenue is supposed to finance – for example, security, health services, education, etc, as mentioned earlier – many middle-class households end up having to make additional payments for services such as private security services, private medical aid cover, etc.”

These could be considered as additional “taxes” on top of what is already evident as a high tax burden, Schüssler said.

Looking at the trends of a couple of the big-ticket spending items of a typical middle-class household indicates that the middle class’s spending power has been under pressure for some time.

“Property taxes, power, water and health insurance, along with school and security service fees, are essentially an additional burden in South Africa. These grudge purchases are, however, needed to maintain a lifestyle that is similar to other developed countries’ lifestyles or other upper-middle-income lifestyles in developing countries.”

The middle class has been given a small tax break to help make up for the inflation, but with the rising debt burden this will not be easy in future without new government revenue streams, which will be difficult to establish, Schüssler said.

The economist said that the small overburdened upper middle class, who are the personal income taxpayers, already start paying taxes at an annual income of less than R90,000, which in most other countries would not actually give rise to any form of PIT.

“In most of the rich world, this taxpayer would probably be eligible for handouts from the government in the form of housing benefits, food vouchers or tax credits. One is concerned that any shocks to the small South African tax base would hurt government income and, therefore, all its social development agendas too.”