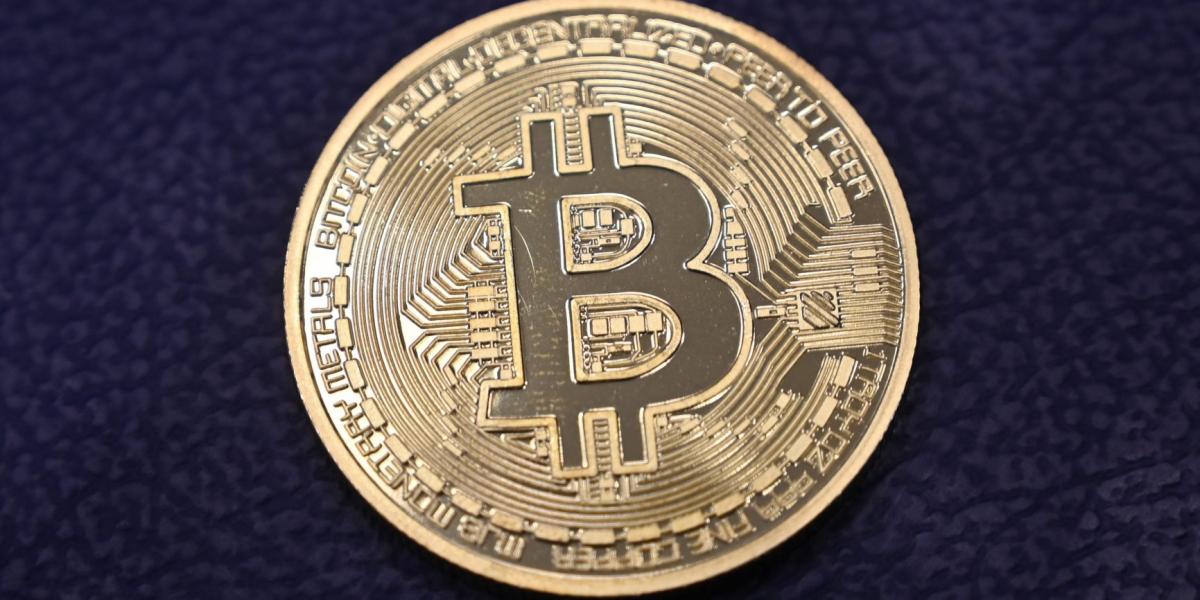 Bitcoin slumped below $30,000 for the first time since July 2021 on Tuesday as cryptocurrencies track sinking markets with investors spooked by aggressive US monetary tightening and surging inflation.

The world’s largest cryptocurrency by market value fell as low as $29,764 in Tuesday trade, before recovering above $30,000, extending a recent collapse in price as investors desert assets viewed as risky.

Bitcoin’s value has more than halved since a November surge that sent the token to a record of nearly $69,000.

While crypto enthusiasts view bitcoin as a hedge against inflation, an influx of more traditional investors tend to view it as a riskier asset.

They have been offloading bitcoin and other digital tokens along with other volatile assets like tech stocks as the US Federal Reserve moves to hike interest rates to tackle decades-high inflation.

“The institutional investor is paying close attention to bitcoin as many who got in last year are now losing money on their investment,” he added.

While the token’s “long-term fundamentals have not changed in months”, concerns about growth and a possible recession are creating “a very difficult environment for cryptos”, Moya said.

“No one is looking to buy the crypto dip just yet and that leaves bitcoin vulnerable here.”

Tech gloomOther cryptocurrencies are not faring better: the total market is valued at just over $1.5 trillion, compared with $3 trillion at its peak, according to data from the CoinGecko website, which tracks over 13,000 crypto assets.

The sector’s woes are linked to investors’ heightened caution.

Worried about the war in Ukraine, Covid lockdowns in China, and tighter monetary policy in the US, they are abandoning the stock markets — especially shares in technology companies, whose performance was boosted by the easy money policies of central banks during the pandemic and bets on long-term growth.

The slump in crypto follows dives on US equities and other markets, with the tech-heavy Nasdaq sinking by more than four percent on Monday.

Nasdaq’s correlation with Bitcoin has reached “historic highs”, according to the Kaiko analytics firm.

But it is difficult to say which way bitcoin will move next, given the proven volatility of crypto assets.

In 2021, bitcoin temporarily fell below $30,000 twice, in June and July, before surging again to hit its all-time high a few months later, in November.

And despite a less impressive 2022 in terms of prices, some players in the sector are seeking to comply with increasingly demanding authorities.

One of the largest trading platforms, Binance, was granted approval to operate in France from the Financial Markets Authority (AMF) in early May.

Meanwhile in the US, the Securities and Exchange Commission (SEC) has announced it is strengthening its team responsible for regulating cryptocurrencies.

El Salvador confidentIn a sign of the growing importance of cryptocurrencies, two countries, El Salvador and the Central African Republic, have even taken the gamble of adopting bitcoin as their official currency — despite strong criticism from international financial institutions.

While the Central African Republic’s project is still in its infancy, Salvadoran President Nayib Bukele proudly announced on Twitter on Monday that “El Salvador just bought the dip” by adding 500 bitcoins to its fund, using the vocabulary of stockbrokers who see falling prices as opportunities to invest.

But since its creation in 2009, the cryptocurrency has existed in a context of ultra-low rates.

The US Federal Reserve has instead signalled in recent months that its recent rate hikes would be renewed to stem inflation.

City Index analyst Fawad Razaqzada warned: “Granted, we will see bounces here and there, but for as long as yields on government bonds are on the rise and the dollar is in an uptrend, the risks remain skewed to the downside.”