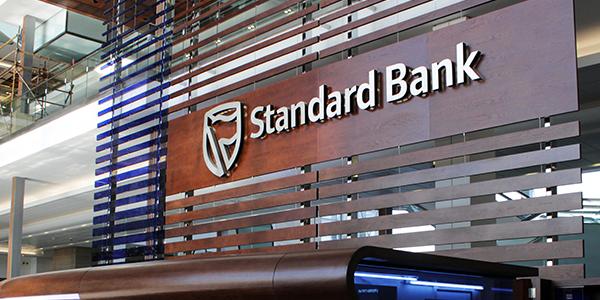 Standard Bank Group, Africa’s biggest lender by assets, plans to raise as much as R300 billion ($20 billion) by 2026 to help fund renewable energy projects, even as it remains open to supporting fossil fuels.

The Johannesburg-based lender pledged to achieve a net zero carbon emissions target in its own operations by 2040 and from its portfolio of financed emissions by 2050, in line with the Paris Agreement, the company said in a statement on Wednesday outlining its climate goals.

Banks across the world are slowly adjusting their business models after decades spent enabling some of the world’s worst emitters of greenhouse gases. Still, Standard Bank’s pledges are less ambitious when compared with smaller rival Nedbank Group Ltd, which vowed last year not to fund new oil and gas exploration and promised to end support for new thermal-coal mines in 2025.

“Over the past several centuries, Africa has borne very considerable economic and human costs for other regions,” Standard Bank chief executive officer Sim Tshabalala said in the statement. “A total or immediate ban on further transitional projects in Africa in order to help reduce environmental pressure in much richer regions would be a cost too far.”

Some of the pledges made by Standard Bank include:

Standard Bank’s shares rose as much as 4% as of 2:33 p.m. in Johannesburg, heading for the biggest one-day gain since Feb. 15.

In May last year, a group of investors including Abax Investments Ltd., Aeon Investment Management Ltd and Visio Capital Management Ltd had sought a non-binding resolution that would push the lender to set short-, medium- and long-term goals to reduce its exposure to fossil fuels.

“We are disappointed that Standard Bank has not taken this opportunity to introduce much stricter limits on its financing for fossil fuels,” Maaike Beenes, a climate activist at BankTrack, an international organization that tracks financial institutions and their activities, said in an email response.

The targets “do not live up to the commitments they have made to their own shareholders last year,” she said.

Bankers and policy makers in Africa want to ensure funding for fossil fuels such as natural gas, which they say is key to the continent’s energy security, isn’t stymied by the focus on climate goals.

“I do think it is balanced,” said Warwick Bam, head of research at Avior Capital Markets Ltd. “We know we just can’t wean ourselves off oil, and there’s a view that it would be irresponsible to sort of pull the plug on capital to these businesses that whole economies are dependent on.”

In countries including Mozambique and Tanzania, more than $50 billion-worth of gas projects are being discussed with companies including TotalEnergies SE and Equinor ASA. In Kenya, where the national electricity grid is already 90% renewable, authorities are considering converting the remaining fossil-fuel power plants to use liquefied natural gas.

Standard Bank will fund energy and mining projects under “certain tightly defined circumstances” to achieve a just transition for the continent, it said.