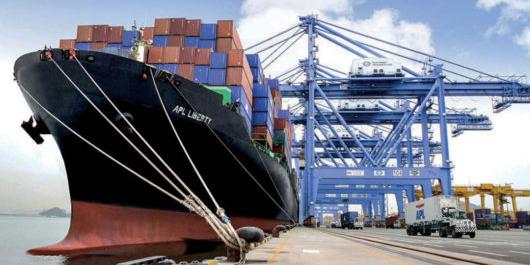 The Nigerian Association of Master Mariners (NAMM) has called on the Federal Government to disburse the money that has accrued in the Cabotage Vessel Finance Fund (CVFF) domiciled under the Nigerian Maritime Administration and Safety Agency (NIMASA).

The President of NAMM, Tajudeen Alao, who made the call at the weekend, revealed that the Nigerian National Petroleum Corporation (NNPC) has now given slots to local ship owners under the Ship Owners Association of Nigeria (SOAN) to lift cargoes.

He, however, said lack of funds has hindered local ship owners from taking advantage of this opportunity.

Alao, who spoke alongside a former President of the association, Adewale Ishola, frowned on the Federal Government’s continuous retention of the CVFF, which he said the Director-General of NIMASA, Dr. Bashir Jamoh, quoted the figure as accruing to over $200million.

He frowned on the statement that the money belonging to the Federal Government, rather than being disbursed for the purpose it was created.

Alao suggested that the Ministry of Transportation should direct the indigenous shipowners to be integrated and create one single company to access the CVFF fund.

“On the CVFF, the Federal Government hijacked the funds people have contributed. It was created to help indigenous practitioners build their businesses. The CVFF should be disbursed to the people it was meant for.

“Integration could be done, where four or five companies come together to lift crude. NNPC has now given SOAN access to lift cargo, but they don’t have the money, the money they have, they cannot have access to it and if you want to get a normal bank loan, it is a long process and the interest rate is high,” he said

Alao, however, called for the establishment of a maritime bank in Nigeria, rather than a Regional Maritime bank as is being proposed.

He said the regional maritime bank, which the Federal Government signed into, is for the African region and can be accessed by anybody.

He stated that the Nigerian Maritime Bank would go a long way in alleviating the financial constraints of local shipping practitioners such as shipowners, ship chandlers and others.

“We should have a maritime bank in Nigeria; the bank should stand alone with a very low-interest rate.

“The maritime bank as a financial institution should be supported by the Federal government, but it is the industry practitioners that should be the shareholders. The CVFF is money contributed by law for a specific purpose.

MEANWHILE, the master mariners queried the continuous collection of the two per cent Cabotage levy being collected by the NIMASA.

“Nobody is talking about the three per cent that NIMASA is getting, the money was two per cent. One per cent was for administrative purposes, while the other one per cent goes to government. Now the two per cent local Cabotage money has come in again,” they queried.