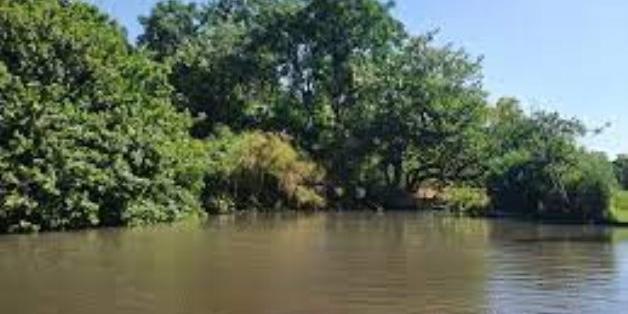 CAIRO – 27 April 2022: Egypt is currently implementing a plan to introduce/improve wastewater networks in the rural villages surrounding Lake Qaroun located in Fayoum, as those are the main sources of pollution in the water resource.

This project and others are funded by the European Investment Bank (EIB), as indicated by a press statement released by the Ministry of Housing, Utilities, and Urban Areas on a meeting held to for the bank to follow up on the progress of such works.

Deputy Minister of Housing for Infrastructure Sayed Ismail had held a meeting Wednesday via video-conferencing with Leonel Rabel, EIB's operations manager for neighboring states, and representatives of the department in charge of water and wastewater projects.

The ministry is also rehabilitating the wastewater networks of rural villages lying on Kushner Wastewater Canal, passing through three governorates in Delta, and that are Gharbia, Daqahliyah, and Kafr El Sheikh. That is in addition to expanding and modernizing the Western Wastewater Treatment Plant.

Further, the bank wants to partner up with the African Development Bank (AfDB) in financing the treatment and management of sewage sludge produced by Abou Rawash Wastewater Treatment Plant.

The bank contemplates signing the agreement on such partnership on the sidelines of COP 27 to be hosted by Egypt in Sharm El Sheikh next November.

Since Fayoum is rich in water resources, the government works on boosting fish production in the governorate. That is why the General Authority for Fish Resources Development had placed earlier this year one million fish seeds - out of planned 5.25 million - in Wadi Al Rayan.

The breed of those fish seeds is Tobara, and they were produced by Abou Al Shaqaf incubator in Beheira, and another incubator affiliated with Lake Akyad in Sharqia.

The authority also indicated that the number of fish seeds planned to get introduced in the Nile River and lakes for FY2021/2022 is 47 million. The figure quite matches the fact that Egypt ranks sixth globally, and first in Africa in fish production since 2019.

That is because the country does not rely on wild fishing solely as it possesses fisheries spanning over a total of 300,000 feddans and producing 1.6 million tons per annum.

During the past seven years, large fisheries were introduced in Kafr El Sheikh (Berket Ghelyoun), and near the New Suez Canal. That is in addition to cleansing lakes located in Lower Egypt. Those included Lake Manzala, Lake Maryout, Lake Borolos, Lake Bardawil, and Lake Qaroun.

Further, Egypt is now producing 92 million fish seeds, and has been able to improve Tilapia breeds. The official noted that Egypt works on introducing new technology that increases the productivity of fisheries, which is currently 5 to 15 tons per feddan.