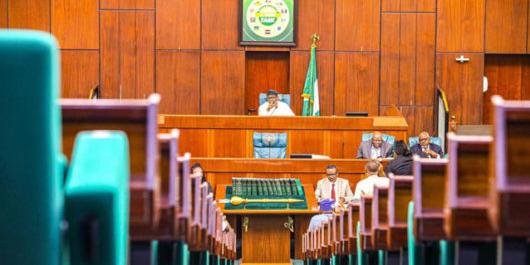 Adopting a motion sponsored by Chinedu Martins during the plenary presided by Speaker Femi Gbajabiamila, the House enjoined the Federal Ministry of Education to liaise with relevant government agencies to achieve the goal.

The House mandated its committees on Tertiary Education and Services, and Labour, Employment and Productivity to ensure compliance.

Martins his motion was aimed at curtailing the trend where first-class graduates leave the country and become assets to other countries for gainful employment opportunities.

The lawmaker argued that automatic employment for first-class graduates will not only serve as a source of motivation for students to work harder but will also maximize their potential in preparation for different economic roles, future leadership positions and ultimately reduce unemployment while helping to achieve development targets.

The lawmaker said it calls for concern that ministries, departments and agencies (MDAs) of government have yet to take a cue from some Universities that award their first-class graduates with automatic employment as lecturers or student lecturers in their specific courses.

Ruing the situation, he said: “I concerned same job opportunities are not obtainable for first-class graduates in the ministries, departments and agencies, who are by virtue of their position as government agencies, saddled with the responsibilities of driving the country’s economic and Infrastructural development.

“Cognizant that Nigeria’s inability to leave the status of a developing nation may not be unconnected with the insensitivity and lack of political will of the ruling class and policymakers to introduce a reward system that ensures that the best brains automatically occupy important positions according to their area of competence.

“Also concerned that according to research, Nigeria has continued to unwittingly give away her best brains and intellectuals to other countries who by virtue of their robust policies on a value system, reward diligence and excellence as can be seen in the exodus of medical professionals from Nigeria to other countries.

“Also notes that reports have shown in seeking admissions to Universities, students consider in countries such as the United Kingdom, United States, Germany, France, Australia, China, Canada as it increases their chances of being employed upon graduation.”