South Africans are set to be squeezed further by rising prices 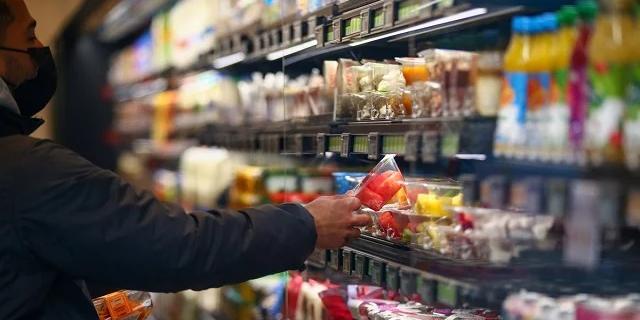 Bishop said that higher interest rates are also likely to weigh on consumers, with a further one percentage point increase expected this year – the equivalent of a 25 basis point hike at every South African Reserve Bank monetary policy committee meeting until the end of the year.

“Fiscal support has reduced the impact of potentially higher fuel prices, and retailers may limit basic bread and cereal price hikes, but households will face a higher inflation and interest rate environment this year compared to 2021, and likely even higher interest rates in 2023,” Bishop said.

Some of the other notable price hikes to watch out for include:

In March, South Africa’s central bank lifted its benchmark interest rate for a third straight meeting and signalled that it will raise borrowing costs more aggressively through 2024, in part to counter inflationary pressures stemming from Russia’s war with Ukraine, Bloomberg reported.

The implied policy rate path of the central bank’s quarterly projection model, which the monetary policy committee uses as a guide, now indicates a key rate of 5.06% by year-end, compared with its January forecast of 4.91%. The repurchase rate is now seen at 6.68% by the end of 2024, up from 6.55%, it said.

While the current repurchase rate levels reflect an accommodative policy stance through 2024, economic and financial conditions are expected to remain volatile and the central bank will seek to “look through temporary price shocks and focus on potential second-round effects and the risks of de-anchoring inflation expectations,” governor Lesetja Kganyago said at the time.

The Reserve Bank sees headline consumer prices peaking at 6.2% in the second quarter of this year and averaging 5.8% in 2022. That’s well above the 4.5% midpoint point of its target range at which it prefers to anchor expectations. The inflation rate will average 4.6% in 2023 and 2024, according to central bank modelling.

Each 25 basis-point move in the key rate will have a 0.12 percentage point impact on inflation and a 0.08 percentage point effect on economic growth, said Chris Loewald, a member of the MPC. The forecasts presented by the central bank show the result of anticipated changes in the benchmark.

The bank now sees South Africa’s economy expanding 2% this year, up from a previous forecast of 1.7%, partly due to stronger-than-expected growth in 2021 and higher commodity-export prices.

The South African Association of Meat Importers and Exporters (AMIE) this week called for the urgent removal of trade tariffs on all poultry products, a three-year moratorium on any new tariffs, and supports the removal of VAT to ensure cash-strapped consumers will still be able to afford this critical source of protein.

Paul Matthew, CEO of AMIE, pointed out that chicken is the primary, most affordable and therefore the most important source of protein for SA consumers.

“We also know we are facing a chicken price tsunami due to rampant inflation, global food and commodity shortages, the state of the economy post-Covid-19, the impact of the war in Ukraine on global food security, the escalation in fuel, transport and electricity costs, increasing trade tariffs, supply chain disruptions, and the fact that wages are decreasing and unemployment is increasing.”

South Africans are under extreme financial pressure, said Matthew.  According to the March report by the Pietermaritzburg Economic Justice and Dignity Group (PMBEJD), the Household Food Basket increased by 10.2% year-on-year, between March 2021 and March 2022.

The price of chicken increased by 11% in the same period, on the back of a steady 10% annual increase over the past ten years.

And while the price of food is increasing at an alarming rate, South Africans are getting poorer, which exacerbates their vulnerable position, said Matthew. He added that the price of fuel was R14.86 in January 2021, and is now R21.96 per litre, while transport costs for poor South Africans have increased by 14.3% year-on-year. Electricity costs went up by 9.61% on the first of April.