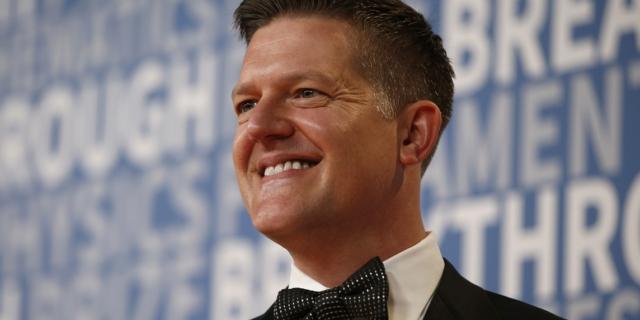 Storied venture firm Sequoia Capital has named a new leader. Roelof Botha, 48, will become the senior steward of the firm.

Botha’s “keen instinct for innovation has made its mark on our partnership and on our industry,” Sequoia’s current chief Doug Leone wrote in a Twitter message on Monday. He also said that Botha will “set the overall tone and oversee the global centralized functions” of the firm, including its finance and culture, and that Botha will continue to lead Sequoia’s US and Europe business as managing partner.

Leone, 64, said he will remain a general partner in the firm’s existing funds and will keep his board seats.

As part of the announcement, Sequoia said that Neil Shen will continue to lead the firm’s China business as the founding and managing partner. Forbes earlier reported the news of Botha’s new position.

Representatives of the firm are gathered in London for the firm’s annual meeting with limited partners, or institutional investors, kicking off Monday night. During a question and answer session Tuesday, the firm plans to outline its “next chapter,” Leone said in the statement.

Sequoia’s US venture arm is the firm’s oldest business, dating to 1972. The firm has since expanded its US group to Europe and launched separate venture arms in China and India. It also started wealth-management business Sequoia Heritage and public-and-private hybrid Sequoia Capital Global Equities.

Over time, the firm’s business entities have been run increasingly independently as each has grown in size and impact. The venture arms share some limited partners, but not all, and make independent investment decisions, a spokeswoman said.

As recently as 2020, Leone used an elaborate metaphor involving mixed nuts to explain to the hosts on the Acquired podcast that the different parts of Sequoia take an equal percentage of profits. “We blend them and then we redistribute them so that we all get a share of mixed nuts but no one gets more nuts,” he said. A spokeswoman said there would be no change to the profit sharing system.

This year, the firm updated its structure so that it can participate in a broader range of investments outside of traditional venture capital and can hold onto invested capital for longer.

Recently, challenges have emerged in Sequoia’s China business as regulatory actions on both sides of the Pacific squeezed China’s technology industry and created unpredictability.

Sequoia has backed many of the world’s leading companies, ranging from Apple Inc to Airbnb Inc to Zoom Video Communications Inc. Founded by one-time semiconductor executive Don Valentine, it is one of the few venture firms to consistently out-perform the broader stock market decade after decade.

Botha, a former chief financial officer of PayPal, joined Sequoia in 2003, and became a steward in 2017, according to the letter. He will formally assume the global leadership role on July 5, the day after Leone turns 65.