South Africa : Eskom explains how we consume power during winter in South Africa – and why the end of May is a big concern 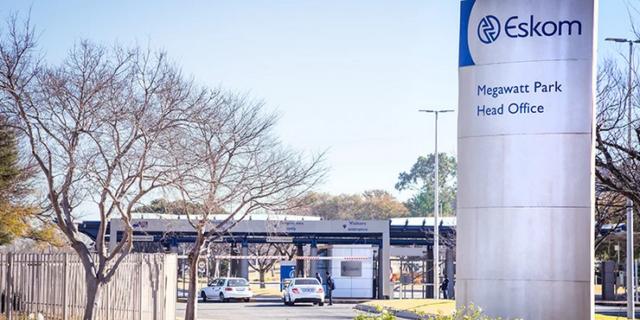 Eskom chief operating officer Jan Oberholzer says that South Africa’s demand profile for electricity typically begins to change in late April – with load shedding expected to intensify due to an anticipated spike in demand during winter.

Speaking during a press briefing on Wednesday (4 May), the executive said that whereas the summer profile over 24 hours is lower and more consistent, the winter profile has a very high morning peak at around 06h00, picking up again in the evening at approximately 18h00.

“Now these morning and evening peaks increase as the weather gets colder – particularly in Gauteng, where a large amount of the country’s electricity is consumed,” said Oberholzer.

He said that towards late May, which is a concern currently, and just ahead of the increased winter tariff  – 1 June – there tends to be an increase in consumption by industrial customers as many shut down over the winter period to maintain their plants and to avoid the higher winter tariff.

He said that, historically, the last week of May has often seen the highest demand period for the year, usually higher than in July when demand is driven by cold fronts traversing the country. The COO said that in winter, “we then typically ramp down on the planned maintenance activities…to make the capacity available to supply the higher demand”.

Oberholzer said that the state power utility has already reduced the capacity for planned maintenance to approximately 4,000MW, which will reduce by an additional 1,000MW over the coming weeks – meaning planned maintenance of around 3,000MW, compared to 5,000MW – 7,000MW in the summer months.

Because of the utility’s current woes – which includes the tripping of at least eight units at Lethabo, Tutuka, Hendrina, Ingula and Matla power stations – removing at least 3,300MW of capacity from the grid, and higher demand for power as the cold weather sets in has lead to insufficient capacity to meet demand.

The country was forced into yet another bout of load shedding on Tuesday (3 May), which is scheduled to last until 05h00 on Monday (9 May).

Eskom said stage two load shedding was implemented due to depleted capacity caused by generator breakdowns, power station trips, the slow return to service of units, and higher demand for electricity as the colder weather starts to settle in.

“Currently, we still have around 4,500MW that is at risk. These are units that we have kept on load that are limping with various defects. Our main concern remains over the past weekend… We experienced various breakdowns, and many of them we have returned.

“The situation remains that we are still running a very constrained system where every challenge that we experience actually results in severe constraints. So the 4,500MW is something that we want to address.

“Currently, we have units at Kriel and Majuba that have tube leaks, but we resolved to keep those units on load because we cannot afford to take them off. The unfortunate thing is when those units then take themselves off as the defect deteriorates,” he said.

Mathebula added that there are a number of generating units expected back in service over the next few days, which will relieve pressure on the system.

“The forecast, currently, is returning the units that are down…we have three machines that are coming [back today]. We have eight machines, to the tune of 3,700MW, that we will be bringing [back] between today and over the weekend. That should enable us to deal with [load shedding],” Mathebula said.

Eskom Chief Executive Andre de Ruyter said that the electricity supplier is working to ensure that load shedding is suspended as soon as possible.

He explained that the power utility’s capacity to deliver electricity currently falls short of the country’s demands.

“We have a deficit between our demand and our available generating capacity, hence the reason for us to implement stage two load shedding.

“We do not wish to deplete all our reserves in continuously meeting excess demand because then we will run out of diesel to fire up our open cycle gas turbines… and we will also run out of capacity at our pump storage systems. These are very important backup systems to prevent the far worse scenario of a total system blackout.

“We are working very hard to return units to service. We are doing our level best to accelerate [suspending load shedding] but unfortunately, where we are right now, we have no alternative… based on our anticipated return to service of major units, which will alleviate the generation capacity constraint,” De Ruyter said.

The power utility has implemented load shedding on fewer days in 2022 than in 2021, however, the cuts have been more severe.

According to the CSIR, 2021 was the worst year of load-shedding when looking at the amount of power shed from the grid.

There were significantly more days of stage 2 load-shedding last year than 2022 — 27 compared to 17.

However, the most severe stage of load-shedding reached during this period last year was stage 3, which was only implemented on two days.

Iain Power, chief investment officer at Truffle Asset Management, a boutique investment management company, said that load shedding impacts the broader economy – to the extent that it holds back confidence and investment. “South Africa as an investment destination is certainly slipping down the slope,” he said in a hosted conversation by Nedbank.

He highlighted the resource sector as potentially suffering from a pause in investment due to power and water constraints. “That detracts from a long-term growth potential,” said Power.

The country has experienced blackouts for more than 14 years, at a great cost to the country’s economic potential. Power said that from a micro perspective, the effects are also profound. As a result, many businesses have begun to pivot towards sustainable long-term power projects.

“We would like to see the government release the handcuffs on the renewable acceleration, permit allocations, and 100MW allowance made to companies by the government. We still have very slow, and sometimes we think deliberate, delays in moving towards more sustainable energy to relieve these shackles on the economy.

Power said that most companies are ready to go to bring their projects onboard for self-generation; however, government delays mean that most will only come online by 2024-2025.

South Africa’s energy supply appears to be worse than previously anticipated and is already on track for another record year of outages, say economists at Absa bank.

“To put this into context, 2021 was the worst year ever for load shedding, but in the first four months of this year, Eskom has implemented load shedding roughly for the same number of days, but at a much higher intensity,” the bank said in a research note on Tuesday (3 May).

Absa’s baseline scenario is that load shedding continues at approximately 2021 levels this year but begins easing into 2023.

An upside scenario will see load shedding risks abate over the second half of 2022 due to good progress with embedded generation and successful Eskom maintenance.

A downside scenario will see Eskom’s operational woes intensify and load shedding escalates and remain an issue through to 2025.