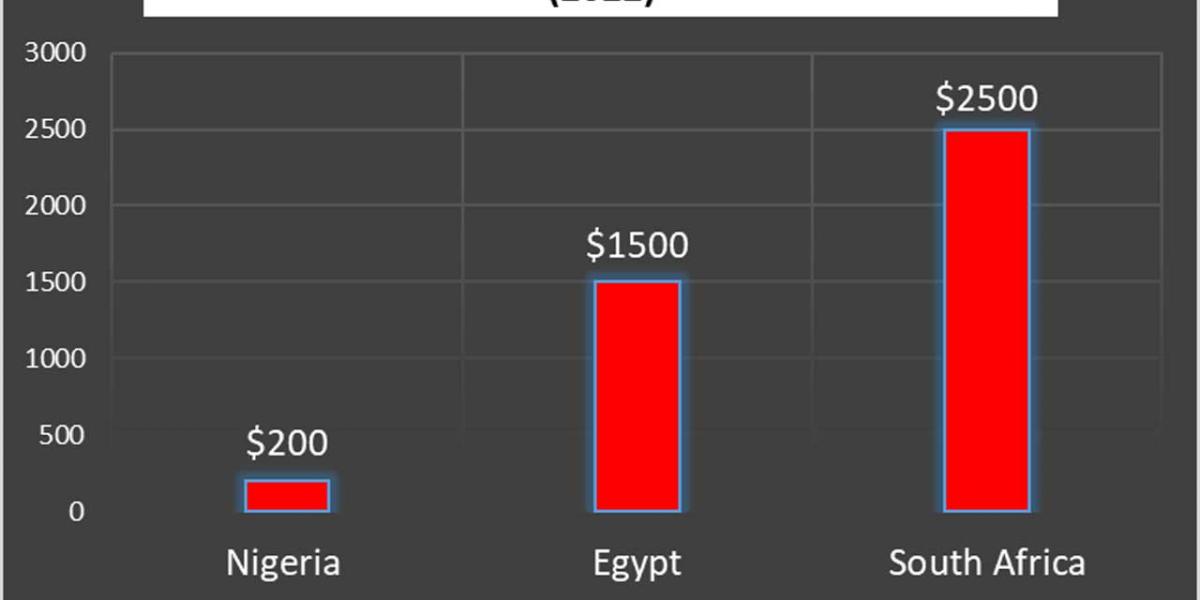 One only needs to recast the events of the last three months to fully appreciate the severity of the challenges. Within two months, the price of diesel, which about 70 per cent of the industrial sector relies on for production, soared by over 150 per cent. While diesel prices went wild, the economy was paralysed by a nationwide scarcity of premium motor spirit (PMS), and the electricity national grid buckled under a series of system collapse.

And for the first time, the citizens realised it was a mere illusion to think that air and rail transportation were safer than pothole-ridden roads. An Azman Air aircraft was delayed and held at risk on the tarmac of the Kaduna International Airport compounding the challenges of an industry that has been battling to remain in business amid unaffordable jet fuel. The unfortunate incident was closely followed by a suspected terror attack on an Abuja-bound train.

Yet, the country has rambled into another quarter – the second quarter – with all of these socio-economic challenges. Diesel price is still over twice what it was in January, forcing the majority of companies into a ‘new work practice’ that will reduce their outputs in the long run. Nothing beyond mere promise has happened in the power sector, just the same way pervading security scare has not gone away.

Last week, the naira hit an all-time high of N592/$ at the black market while official FX sources dried up. For one, banks had to quickly notify their customers of the reduction of the monthly FX spending limit on their naira debit cards and web transactions to near zero.

“The monthly card international spend limit for web transactions has been reviewed from $100 to $20. This review is in response to today’s economic realities. If you have higher International spending requirements, visit any of our branches and request for a foreign currency debit or prepaid card, which are available in US dollar, pounds and euro variants,” one of the banks said in an email sent to customers.

Of course, the poor have not stopped grumbling. But the rich, indeed, also cry. A certain morning in March, Nigeria’s leading entrepreneur and banker, Tony Elumelu, took to Twitter to share his frustration, asking: “How can we be losing over 95 per cent of oil production to thieves?” Look at the Bonny Terminal that should be receiving over 200,000 barrels of crude oil daily, instead, it receives less than 3,000 barrels, leading the operator Shell to declare force majeure.”

Elumelu wondered why companies pay taxes if security agencies could not rein in the losses. Days later, the founding managing director of Seplat Petroleum, Austin Avuru, follow-up, warning that Nigeria’s oil production was at a critical state due to theft.

It is bad that the economy revolves around the extractive industry, but terrible that the production efficiency of the industry has not improved in the past five decades. Rather, as observed by Dr. Tope Fasua of Global Analytics Consulting, the revenue space has continued to narrow while the country’s public expenditure expands.

A threatened oil, historically, is a sore pain point and panic trigger. In the past four years (2018 to 2021), crude and other oil products accounted for an average of 89.4 per cent of the total exports. Its Dutch disease syndrome and concentration risk, notwithstanding, Nigeria still sees crude oil as its saving grace in a critical moment like this. Sadly, the sector is losing its steam as noted by Avuru.

In 2019, the average daily production stood at two 2.01 million barrels but nosedived to 1.77 million in 2020, which could be excused based on the global lockdown. But the recovery witnessed across different sectors last year could not lift the country’s production profile. Rather, the output dipped to a record low of 1.6 million barrels per day.

Last year only seemed to have consolidated on the slide on a quarter-by-quarter basis – in the first quarter, the daily production averaged 1.72 million barrels and shrank to 1.61 million in the second quarter. In the third and fourth quarter, the production level even dropped further to 1.57 million and 1.5 million respectively.

The Governor of the Central Bank of Nigeria, Godwin Emefiele, like his predecessors, has consistently warned about the danger and the concentration risk of relying solely on crude for FX earnings. Recently, Emefiele’s team introduced what it called RT200 Foreign Exchange Programme, which is aimed at raising N200 billion yearly from non-oil exports in the next three to five years. The policy rides on stimulating the exports of semi- and fully-possessed non-oil commodities as a necessary option for breaking the hold of crude, whose pricing and production (to an extent) are exogenously determined.

The policy itself acknowledges enormous but self-inflicted challenges. For instance, whereas Nigeria boasts of about seven seaports, RT200 programme contemplates a partnership with a willing state to develop an export-dedicated port facility. At a seminar for financial correspondents in Ondo State recently, Prof. Ken Ife, a consultant at ECOWAS, justified the plan to build a dedicated seaport, warning that existing facilities are managed by mafias who will go the extra mile to frustrate any plan to make exports less burdensome.

Ife and other facilitators, including Fasua and Johnson Chukwu, spoke extensively about legacy issues that have held the economy ‘hostage’. The challenges are as visible in aviation, maritime, agriculture, power as they are in logistics, agriculture and industrial sector.

The history and depth of the challenges as well as the impunity of the mafias are a constant reminder of the unfolding crisis in Sri Lanka.

The Asian country has lost control over its citizens, who have had to watch its reckless officials fritter away their common resources and mismanage the economy in the past decades. Its external reserve has fallen by 70 per cent in the past two years to $2.3 billion, leaving it struggling to pay for essential imports. With a little above $2 billion, the country faces hard choices in restoring confidence in the economy even as it has a debt obligation of about $4 billion to meet this year alone.

Nigerians may not be throwing tantrums at their leaders as Sri Lankans do but the economic woes fueling the uprising in the island are not remarkably different from those faced by Nigerians. Across the boards, the underbellies of the economies of the two countries are not different — they are both battling with rising public debts, escalating inflation, tumbling local currencies and depleting external reserves, which are attributed to defective macroeconomic headwinds and weak industrial sectors. Sri Lanka could not turn on its production plants and industrial sector to serve its local needs when it mattered, hence it had to depend on importation. That crucial industrial sector, experts have noted, is also the missing link in Nigeria’s economy.

After a laborious analysis of the historical path Nigeria has followed, Chukwu, the managing director of Cowry Asset Management, concluded that a country’s external sector, which determines the strength of its currency, is as strong as the industrial sector. With the poor state of infrastructure and defective education system, the economist said Nigeria has gone to develop an industrial base that supports a robust external sector.

He listed the increased value of exportable products, reduction in the value of imports, increase in foreign direct investment (FDI), lower unemployment rate, stable exchange rate, low-interest rate and manageable inflation rate as reasons to build and grow a strong industrial sector. Indeed, the economy has been struggling across the parameters mentioned, with unemployment reaching a record high (33.3 per cent) at the last estimation.

Infrastructure deficit, Prof. Ife suggested, is a major hurdle the country must surmount to breathe life into the ailing industries and boost local capacity utilisation. The state of infrastructure is scary, with the country lagging behind even African peers.

With over 200 million population, Nigeria has an installed capacity of 12,500 megawatts (MWs), delivering between 2,000 – 5,000 MW. But South Africa with a little above a quarter of Nigeria’s population produces 58,000 MWs. Brazil, a country of about the same population size as Nigeria, produces 568,000 MWs. That is over 45 times higher than Nigeria’s production capacity.

The infrastructure situation is already bad but it is even worse than short- to medium-term spending estimates are paltry, in terms of pairwise analysis. For instance, the proposed N17.126 trillion ($41 billion) total spending in this year is about a quarter of approximately $146 billion South Africa plans to spend in the same year. Egypt, another country competing with Nigeria for regional economic power, is also spending a total of $158 billion.

The gap is even much wider when viewed based on per capita spending. Nigeria’s yearly budget per capita is about $200 compares to South Africa’s $2,500. The budget for critical infrastructure and sectors such as education and health follows similar charts, creating a huge divide within the regional economy. That both South Africa and Egypt are ahead of Nigeria in terms of physical infrastructure means Nigeria needs to double up its efforts and spend more lavishly to bridge the gap. Sadly, the two competing economies may put more into infrastructure in the coming years except the operation of Infrastructure Corporation of Nigeria Plc (InfraCO) fully kicks off.

Otherwise, an economic crisis anywhere in the world is a reminder of how the country has not been able to address the flashing red lights on the dashboard of the country’s economy manifesting in rising unemployment, unaffordable prices and dying collapsing industries.