Nigeria : Should we trust market to fix FX puzzle? 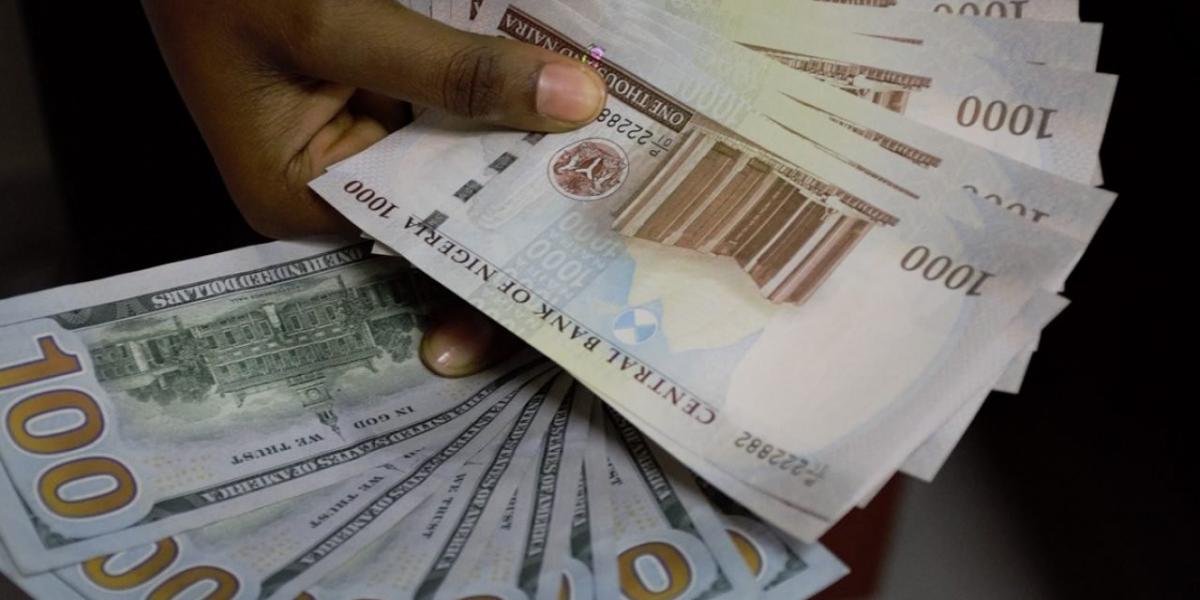 Naira held firm against convertible currencies in the 1970s, trading at 62 kobo to a dollar in 1973 when Nigeria converted to naira and kobo. But since then, it has lost 99.8 per cent of its value against the green back, the most preferred global reserve currency. That puts it in the basket of the worst-performing currencies.

The local currency suffered the worst debauchery during the infamous Structural Adjustment Programme (SAP). Within six years after SAP implementation, the value of the domestic currency witnessed about 90 per cent value erosion. That set the pace for what would become a history of volatile, violent, unpredictable and, sometimes, chaotic movement of naira against its peers and laid the foundation for the unfortunate culture of dollarisation of the economy.

In the past seven years, the currency has taken a nearly 200 per cent haircut at the official market. With the World Bank and the International Monetary Fund (IMF) calling for market-led reforms of the foreign exchange (FX) and insistence that the currency is overvalued, the search for a fair value of the currency continues to appear as a race to the bottom. Interestingly, the discussion on its further debasement took a fair share of the argument of Nigeria’s representation at the just-concluded Spring Meetings of the IMF and the World Bank Group.

In his pushback, Governor of the Central Bank of Nigeria (CBN), Godwin Emefiele, noted: “Doing that (freely floating naira) will create an exchange rate spiral for Nigerians as long as the demand surpasses the supply of FX in Nigeria. We have been at this since 1986. That is why we are saying that whereas we are doing something to adjust the currency, for example between 2015 and now we have adjusted the rate from.N155 /$1 to N410 -420/$1 that it is today.”

Naira has gone through a debilitating history and management experimentations that have left it weaker, less of a store value but more of an unpredictable means of financial transaction. Intertwined with the sore history are a litany of policy gambits that only mirrored more of the whims of external factors than they reflected the peculiarities of the local market. At best, the templates were half-implemented or abandoned at the realisation of their inherent flaws.

As part of the SAP package, the Second-Tier Foreign Exchange Market (SFEM) was introduced in 1986 as a necessary option for achieving a dynamic equilibrium as the first-tier market operated by the government was fraught with the usual rigidities and politicking. The era only succeeded in institutionalising the current parallel market and speculative currency trading.

Oftentimes, economists argue that a stronger currency does not produce a stronger economy. Perhaps, in the real world, the textbook argument is relevant to the extent the local industrial sector is vibrant and competitive. For one, Nigeria’s industries were already losing their steam, which is,perhaps, the reason most Nigerians that are relevant to SAP can only remember that life became more unbearable as naira lost ground to the dollar in the 1980s.

The Autonomous Foreign Exchange Market (AFEM), a replica of SFEM, was introduced by the military regime of late Sani Abacha as a window to sell FX to end-users at a market-determined rate while the official rate was pegged at N22/$. But AFEM could not meet the fast-growing FX demand as the mono-economic culture constrained earnings. Rigidities increased and roundtripping became a norm while black-market trading assumed the full force of the industry. Banks were increasingly ‘ingenious’ in their dealings with the CBN and became the major players in the black market.

Dr. Joseph Sanusi came with the Interbank Foreign Exchange Market (IFEM) as the country sought a more liberal FX management model. This happened when a dollar was trading on the black market for over N80/$ while the official exchange was N22/$. With such a wide arbitrage, currency trading has become the most lucrative ‘business’ in the financial circle. The CBN threatened but nothing radically different from what became the norm happened. Politicians also dived into the ocean, reaping from the windfall.

The upward review of the official exchange rate only narrowed but did not close the market differential to rein in the permeating manipulations and other anti-market practices. As pressure on naira continued with a huge debt overhang amid growing official graft, the CBN suspended IFEM and capped the margin banks could sell, much like what is happening today.

But the banks were smarter. The control gave birth to other games. Some of them introduced what was then knowns as ‘the Nigeria Inter-bank Settlement System (NIBSS) and Draft’, a scheme that allowed one to pay the CBN approved rate through NIBSS and settle the balance with a bank draft – a win-win backdoor approach that circumvented the regulation. Round tripping practice ballooned while banks officially rewarded smart ‘round trippers’. There were speculations that some individuals acquired cheap banking licences with their eyes solely on the ‘opportunities’ in the FX business. This continued until the famous Soludo recapitalisation.

The subsequent oil boom was like a circuit breaker in the historical effort to achieve a workable FX management approach. The oil boom, buoyant external reserves and huge excess crude account (ECA) provided a sense of security, which gave Prof. Chukuma Soludo, the current governor of Anambra State, some headroom to liberalise FX and expand the items that could be funded. Funding was no longer limited to the importation of raw materials and inputs but extended to finished goods, education and medical trips. The expanded official funding widow made the black market increasingly unattractive. For once, naira gained against the dollar without any deliberate artificial efforts to strengthen it.

When Soludo assumed office, naira was trading near N130/$ but actually went up to N115/$ at some point. But he left it at N148/$. When there was a shock in FX supply during the 2008 oil price crisis, Nigeria had a sufficient buffer in the external reserves that were trending towards $65 billion to weather the storm. But then, Soludo did what had become a predictable path – he created some scarcity measures that supported devaluation.

The post-Soludo FX liquidity was driven by hot money. After the exit of Chief Olusegun Obasanjo as the President, oil prices were high but the country was not building its reserves. Sanusi Lamido Sanusi, who restored the Interbank and introduced the Wholesale Dutch Auction System (WDAS), needed enough dollars to stabilise naira and sustain confidence. What did he do? He removed the one-year restriction on foreign investment in government bonds. That opened the floodgate for hot dollars and heightened the volatility of the reserves. Fortunately, there was no major shock as the oil market remained bullish, providing respite throughout that era. Throughout Sanusi’s stay, naira only fell by a margin of $16/$ – from $148/$ to N164/$.

The international oil market has been bearish for much of Godwin Emefiele’s era. The country’s external reserves had dropped significantly from their all-time high. In response, the CBN removed 41 items (43 later) from the official FX funding list, which has increased the pressure on the parallel market. This intensified when the stopping of weekly funding of bureaux de change (BDCs), which the Governor, Godwin Emefiele, accused of market manipulations.

For over two years, COVID-19 has compounded the systemic risks. For instance, diaspora remittances dropped by 23 per cent in 2020 (from $23.81 billion to $17.21 billion). Last year, capital importation also slumped to a five-year low of $6.7 billion – a 31 per cent decline from $9.7 billion recorded in 2020. Yet, demand pressure continues on the upward trend with trapped foreign capital in the stock market alone as of last year totaling $5 billion.

Today, even forward-looking indices may not improve till after the elections. Political risks are on the rise; insecurity spirals out of control while infrastructure challenges persist. Amidst the illiquidity crisis, IMF, World Bank and neo-liberal economists have called for liberalisation of the FX market. Some of the arguments are that the market would reduce the market rigidities and arbitrage that have restrained capital importation. Really, can the market be trusted to perform the magic?

Of course, a lower exchange rate makes it cheaper to import from a country in relation to others. China was accused of deliberately undervaluing its currency to gain such an advantage. So, why not allow the market to adjust a currency that is already perceived to be overvalued? The snag, however, is that while China has a robust industrial sector, the same cannot be said about Nigeria. Of course, strong industrial sectors are built except that fixed assets and support infrastructure, which are required to build factories, are not acquired at the snap of figures even with sufficient funding.

While it is convenient to envisage medium and long-term possibilities with regard to laying a solid foundation for an industrial exploit, “in the long run, we are all dead”, to borrow John Keynes’ famous observation. But that is not to say the country cannot take a long-term view. After all, countries have economic development plans that contemplate action plans that may not be achieved in the life of a generation.

But for a country that is already suffering fast-rising inflation, widespread poverty or high misery index as Nigeria, a currency crisis could be suicidal, Tope Fasua, an economist, had warned. The propensity to import is what it is despite any current projections. From 2016 to 2021, the country’s yearly imports increased by approximately 140 per cent to N20.84 trillion even as the country’s trade deficit has been negative in the past few years.

There is an important component in every aspect of Nigerians’ lifestyle while some vital industries (like capital goods) are non-existent.

Even the World Bank and IMF have argued that currency depreciation is a major cause of Nigeria’s inflation. Indeed, exchange rate pass-through is a major inflation factor in countries that depend on other economies for essentials. It is worse that this occurs in multilayers, according to economists. First, exchange rate depreciation is transmitted directly to the consumer price index through an increase in the prices of imported goods and services. The second level comes indirectly from an increase in net exports of goods and aggregate demand. This is because when a currency value falls, the aggregate demand for the goods and services produced by the economy moves upward while prices increase accordingly.

The immediate positive transmission of a further devaluation, which has become a race to the bottom, is a potential increase in capital importation. But will any serious investor take money to a country considered unsafe just because the returns on investment appear higher than the global average? Control or regulation is an inefficient means of allocation with enormous deadweight loss. Yet, there are obvious reasons why economic managers do not always trust the market.