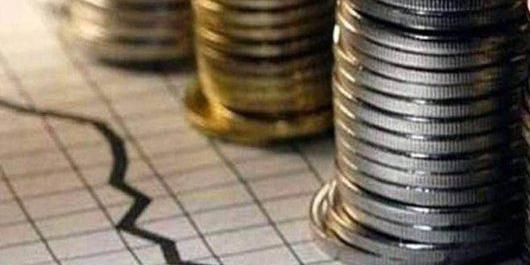 Once, indeed, is a mistake and twice, stupidity. But for the United States Federal Reserve System, both the first and second interest rate hikes were the beginning of a new trend that could continue till the end of the year, and possibly into next year. And its Chair, Jerome Powell, does not mince words about his intention – “inflation is much too high” and every necessary action has to be taken to bring it within the two per cent target.

Until it reached its tipping point earlier a few months ago, inflation was seen as merely transitory – a result of expanded monetary policy in the height of COVID-19 – when it began to rear its ugly head the mid-last year.

Powell himself treated it with a wave of the hand. But it really became a pain point from February when the United States, the United Kingdom and the Europe Zone began to report inflation figures not seen in the last three to four decades.

As the Russia-Ukraine war began earlier in the year, the United States’ inflation soared to 7.9 per cent in February, the highest pace since 1981. In March, the speed increased to 8.5 per cent. That of the United Kingdom also increased by 1.1 month-on-month (MoM), a similar speed to that witnessed in Nigeria in recent years, to hit seven per cent in March. A year earlier, MoM change in the UK inflation was 0.3 per cent, showing how fast real income could dip.

In theory, growth could be traded off to achieve a manageable inflation rate. Unfortunately, the job market was yet to recover fully from the pains of COVID-19 just as growth was relatively fragile, with the twin variables seriously threatened by the tension in Europe that is fast spreading to the rest of the world.

Yet, central banks were determined to sacrifice growth for a manageable inflation trend. There was not much fuse in March when the Federal Open Market Committee (FOMC), the rate-fixing arm of the Fed increased the base interest rate by 25 basis points (bps) joining the Bank of England, which had set the new pace in December.

Some economists were betting on a minimum of three hikes before the close of the year but only a few would contemplate a 0.5 per cent raise in one fell swoop, an option not activated in over two decades. To the chagrin of all, Powell told an audience at the Spring Meetings of the International Monetary Fund (IMF) and the World Bank Group such a scale of gambit was on the table, damning the consequence.

The market literally cringed at Powell’s statement as de-risking, which had started with the speculation over the Russian attack on Ukraine and continued into March, intensified. From the mainstreaming cryptocurrency market to stocks, holders simply dump their assets in the wild sell-off that plunged value.

“The U.S. economy is quite strong at the moment, but there is indeed some risk of slipping into a recession,” Nikolai Roussanov, a famous finance professor, said as the debate raged.

Yet, the Fed went on with its resolution to pull the plunge – aggressive interest rate review and unwinding its COVID-19 stimulus programme. That has become a bug of some sort. While the FOMC’s meeting was on, the Reserve bank of India (RBI), in a move to drain liquidity, increased its repurchase (repo) rate by 40bps to 4.4 per cent. Unlike the Fed, RBI’s decision was unscheduled.

For the fourth consecutive time, the BOE increased its policy rate as well by 0.25 per cent. It disclosed that some members wanted the rate increased by 0.5 per cent while the majority settled for a more tolerable0.5 per cent.

The whirlwind has shifted to Europe. On Friday, the Governor of the Bank of Finland and a member of the Governing Council of the European Central Bank (ECB), said: “We are almost in between a rock and a hard place so that on one hand we have to ensure that the recovery will continue. On the other hand, we have to prevent higher inflation expectations from being entrenched and being reflected in the labour market.

“In other words, we have to avoid second-round effects. Therefore, in my view, we should move relatively quickly to zero and continue our gradual process of normalization of monetary policy as we have done.”

As developed economies turn to their most potent weapon to rein in persistent inflation, the IMF warned of grave consequences for developing countries. “Given the risk that this could coincide with faster Fed tightening, emerging economies should prepare for potential bouts of economic turbulence,” the Fund said, adding that “While dollar borrowing costs remain low for many, concerns about domestic inflation and stable foreign funding led several emerging markets last year”.

Higher US borrowing costs normally lead to a stronger dollar, making it more expensive for emerging market countries that have borrowed heavily in the currency to service their debts and fresh dollar-denominated loans more costly. Hence, the IMF had called on policymakers of especially developing countries to prepare for the spillovers from the US’ liquidity tightening, which it warned could hit vulnerable countries hard.

In subsequent reports, both World Bank and IMF warned of limited fiscal space for manoeuvring as capital would begin to flee developing countries for a safe haven. They observed that developing countries with fragile fiscal positions and high inflation rates would find it difficult to secure capital to fund their budget, advising them to also consider raising interest rates and embrace reforms to mitigate the impacts of rate hikes in developed economies in a globalised world.

A regression analysis, covering 2020 to 2021, conducted and reported by the IMF, supported that capital flows to emerging markets weaken as the dollar appreciates relative to other major currencies. Recently, the dollar index, which measures the strength of the dollar relative to a basket of other currencies, hit a 20-year high overnight on safe-haven demand, following a shark de-risking across the globe in response to the Fed’s aggressive tightening and the full comeback of the hawks.

Now, Nigeria has to face the stern reality of a globalised financial market. And the consequence of the exogenous factors is real across the board – from shrinking international dent market to dwindling capital importation.

Sadly, the government has been inflating away part of its future financial obligation, including naira-denominated debts, raising the concern that Nigeria is entering an ‘original sin’ regime, a concept in international finance where a country is restricted to obtaining only foreign-denominated loans.

Until two years ago, Nigerian bonds were fairly attractive to foreigners. But since the second quarter of 2020, foreigners have been distancing themselves from the country’s debt instruments, part of the challenge is the rising illiquidity in the foreign exchange (FX) market. As of last year, an estimated $50 billion in form of funds awaiting repatriation was said to be trapped in the capital market.

The declining foreign interest in naira’s debt instrument reflects in the depressed foreign portfolio investment. Last year, the figure dropped by 34 per cent to $3.39 billion compared to $5.16 billion recorded in the previous year. Last year’s figure was the lowest in five years. Interestingly, it had in 2020 declined by 68.5 per cent from $16.38 billion recorded in 2019.

Financial analysts said this year would be worse as foreigners are increasingly aware of the country’s inability to tame inflation, which has a huge impact on investment. The capital importation outlook appears increasingly depressed by the global move towards an interest rate hike.

In the face of the new trend, Nigeria, with an extremely high inflation rate and weak local production coupled with a high employment rate, faces a dilemma. The base rate was last reviewed in September 2020 when it was reduced by 100 basis points to 11.5 per cent. Even within Africa, it is among the highest in sub-Saharan Africa (SSA) and the highest among the region’s leading economies. South Africa only increased to 4.25 per cent in March while Egypt has also just raised it to 9.75 per cent, for the first time since 2017.

Besides the limited headroom for adjustment, the struggling industrial sector can hardly cope with the current cost of borrowing, which is far above 20 per cent for non-prime borrowers. As bad as the situation is, an MPR hike is the most likely option in the next meeting, Bismarck Rewane, an economist suggested. The last meeting’s voting pattern clearly showed a hawk bug.

Four members, according to CBN, voted for an increase against six who opted for a hold. One even opted for a 50bps increase. If the 18-month stance is reversed in the next two weeks when the next meeting is due, it will not surprise anyone. But can the economy accommodate the excess of a potential higher rate?