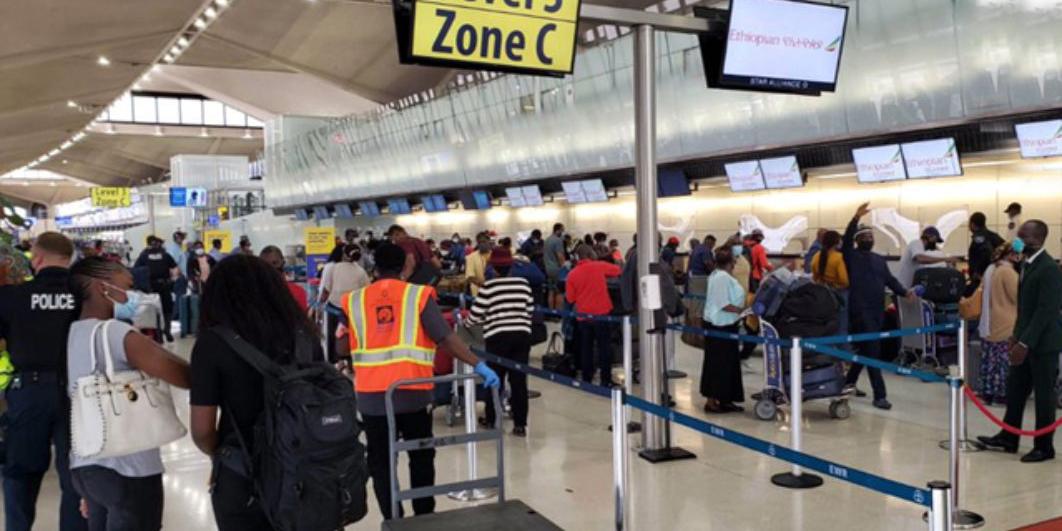 U.S. leads with 5,981 reported cases in yearLocal airlines operators have pushed for severe sanctions against unruly passengers, which may include a ban and fines in extreme cases.

The operators, under the aegis of Airline Operators of Nigeria (AON), said they would no longer condone cases of assaults on staff and crew members, public intoxication and verbal abuses by irate passengers.

Globally, coronavirus-induced changes in air travel patterns and flight delays have caused frustrated air travellers to push back violently at airlines with the United States alone accounting for 5,981 cases of unruly passengers. Of the lot, the Federal Aviation Administration (FAA) reported 4,290 – nearly 72 per cent – were mask-related incidents.

Nigerian airports have had a fair share of irate passengers attacking officials and destroying facilitation equipment in protest against flight delays and cancellations.

Recently, Max Air was attacked by some passengers at Abuja airport, who destroyed computers and other equipment at the check-in counter.

President of the AON, Abdulmunaf Yunusa, called on the Federal government through the Ministry of Aviation and the Federal Airports Authority of Nigeria to beef up security at the nation’s airports and ensure that the lives of airline staff and their properties are lawfully protected.

“May we also state that should a similar occurrence like the unfortunate case with Max Air happen to any of our member airlines going forward, AON may be forced to have a rethink on how to respond in such circumstances,” Yunusa threatened.

A member of the association told The Guardian that the zero-tolerance policy for unruly conduct should go a step further with a lengthy ban and fines to deter perpetrators.

“It is obvious that a lot of Nigerians have found the operators as easy targets for the expression of their frustrations. The system has been condoning them and I fear a major safety breach will occur someday. Ideally, anyone caught henceforth should be given the stiffer sanction that should include ban for air travel, fined, named and shamed publicly, if we are serious about curtailing the extremely violent behaviours,” he said.

The operators recognised that the extant rules prohibit unruly conduct. For instance, Part 17.92.1 of the Nig. CARs 2012, Vol. II states that: “Any passenger who becomes unruly at the airport terminal or onboard an aircraft commits an offence.”

Part 17.92.2(c)(d)(e)(f) defines the word “unruly” as fighting or other disorderly conduct on board an aircraft or at the terminal building; any conduct/act constituting a nuisance to other passengers; disobedience of lawful instructions issued by the aircraft commander, flight crew, cabin attendants, check-in staff and/or security screening staff; and any conduct that endangers or is likely to endanger the safety of flight operations.

Yunusa, who is the chairman of Azman Air, noted the airport vicinity is a sensitive and sacrosanct environment where people are not allowed to behave callously and uncontrollably.

“Issues of delay or cancellation can be addressed civilly without resorting to violence. The unruly passengers that went after Max Air and destroyed the computer reservation systems further exacerbated the problem for other passengers going to other destinations. Such acts are completely unacceptable.

“AON understands the frustrations whenever a flight is delayed or cancelled and we apologise to passengers on behalf of airlines for such delays or cancellations. It is however instructive to note that delays happen worldwide and some conditions cause them,” he said.

Before 2021, the FAA in the United States didn’t track the number of unruly passenger incidents reported because the number was fairly consistent. But a sharp uptick in unruly passenger behaviour in late 2020 spurred the agency to begin tracking the reports in 2021.

However, the FAA has recorded the number of unruly passenger incidents that rose the level of being investigated since 1995.

From 1995 to 2020, an average of 182 investigations were initiated per year. In 2021, the FAA initiated 1,081 investigations – a 494 per cent increase over the historic average of investigations.destinations because a particular flight is delayed or cancelled puts the country in a bad light in the international community.