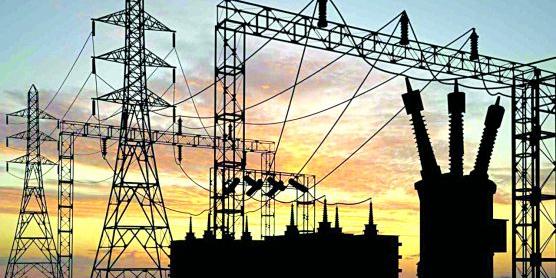 Worried by the growing dismal outlook of electricity supply in Nigeria, the Federal Government, through the Rural Electrification Agency (REA) and the country’s 36 states are deploying alternatives through mini and off grid solutions.

With repeated collapse of the country’s only national grid, the World Bank and the UK government are also rooting for the plan, insisting that the move could sustainably provide a solution to unemployment, lack of industrialisation, agricultural challenges, poverty and others.

The stakeholders, who spoke at an event organised by REA to accelerate off and mini grid solutions across the country, noted that there was a need for states to play critical roles in addressing electricity challenges in the country.

Coming under the Africa Clean Energy – Technical Assistance Facility (ACE-TAF), funded by the UK Government Foreign, Commonwealth and Development Office (FCDO), the plan is expected to foster harmonious working relationship between REA and states to create a pathway for access to data on un-electrified communities, enable proper co-ordination and flow of information among stakeholders, create an enabling environment for private developers on REA programmes and encourage innovation and startups within the renewable energy space in states.

Speaking at the event, Minister of State for Power, Goddy Jedy Agba said recent events have shown the need to focus on deploying more off-grid solutions to complement the efforts of the Federal Government in ensuring that there is a reliable supply of electricity nationwide.

“To have nationwide access to electricity, we have to focus on enhancing the national grid and the off-grid solutions. To grow an economy, stable electricity is a key factor, which cannot be overemphasized. The Federal Government has equipped agencies such as the REA with the tools it needs to contribute its quota to ensuring all Nigerians have access to electricity,” he said.

Lamenting that the country has had four major grid collapses this year alone, Agba said strong mini grids could serve as a backup to assuage possible impacts of impacts in an event of grid collapse.

According to him, the success of the attempt to increase energy access is linked to the support from the States, which could be done through their respective rural electrification boards and the focal persons nominated by the Executive Governors of the different States.

“The REA deploys capital projects nationwide as part of its mandate to increase energy access to the un-served and underserved in the country. “

However, the sustainability of these projects is a key factor in meeting our objectives as an Agency.

He noted that the agency has adopted several business models that allow the REA to partner with private companies to deploy off-grid energy solutions to rural communities.

While the UK government was worried that the outlook of electricity in Nigeria remained a basic challenge, the World Bank noted that collaboration between the states and the federal government in terms of off and mini grid remained viable leeway for the electricity sector in the country.

The board Chairman of the agency, Abdulazeez Musa Yar’Adua said there was a need to ensure adequate stakeholder coordination with the States, to ensure that the stakeholders are all working together towards the same purpose of increasing energy access

“It is important for the State Government to understand the programmes within REA and how best to work with the REA in providing electricity to the rural communities,” he said.

Team Leader for Economic Development, UK FCDO, Gail Warrander said while Nigeria has more people without access to electricity in the world, states have critical roles to play to change the narrative.

She also called on the Federal Government to ensure that the sector is supported with the right policy, adding that apart from focusing on domestic customers, there was a need for organisations to look in the direction of commercial customers.

He urged for clusters that would develop industrial activities across key sectors especially agro businesses.

“This also makes the states a key stakeholder for such projects, and the ownership and collaboration was crucial to achieving universal electrification. We completely support and extend our support for the expected outcomes of the workshop pertaining to increased state ownership,” he said.