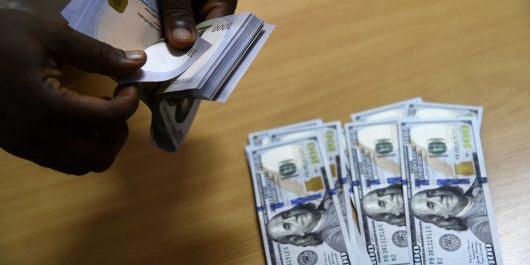 The Association of Bureaux De Change Operators of Nigeria (ABCON) said the widening gap between the official and parallel foreign exchange (FX) markets is caused by the continued suspension of the sale of FX to BDCs by the Central Bank of Nigeria (CBN).

ABCON stated this in its first-quarter economy review. It expressed concerns over the inability of the fiscal and monetary authorities to address the widening gap in the market and bring to an end the multiple exchange rates.

The gap between the official and parallel market exchange rates widened to about N162 per dollar as at last week. It was a little above N100 per dollar on July 28, 2021, a day before the apex bank suspended dollar sales to BDCs.

Commenting on the trend, ABCON said: “A premium is the outcome of market restrictions that drive the non-official supply and demand for foreign currency and it is a symptom of the inconsistency of fiscal and monetary policies. It also shows a lack of credibility of exchange rate policies given the level of foreign reserves.

“That fiscal and monetary policies cannot curtail the premium that rent-seeking dealers in the FX market – banks and other intermediaries – is worrisome and highly contributes to the distortions in the economy.

The Association also highlighted the nation’s huge public debt and increasing level of poverty, recommending that the Federal Government reconsider its strategy of depending on debt to grow the economy.

“The Nigerian economy is currently faced with two major interrelated problems: heavy indebtedness and rising incidence of poverty. Together, they have important implications for growth possibilities. It is high time the FG reconsidered its current total dependence on debt for the survival of the economy,” it stated.

The association recommended the need for a common understanding of the problem by all stakeholders, and agreement on a set of coherent policy responses from a wider perspective to complement current approaches.