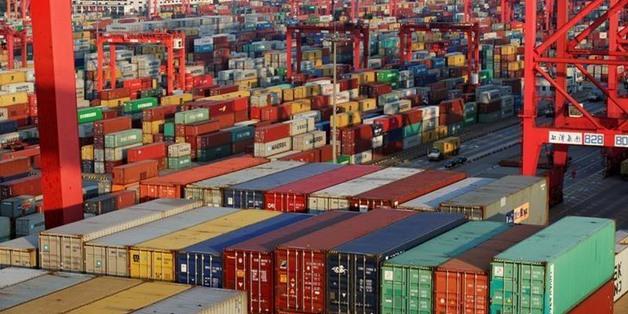 CAIRO – 16 May 2022: Egypt’s trade deficit declined 29.4 percent during February 2022, recording $2.7 billion, compared to $3.82 billion in the same month of 2021, according to the state's statistics agency (CAPMAS).
In its monthly bulletin on foreign trade data, CAPMAS elaborated that exports increased 41 percent, recording $4.12 billion in February 2022, compared to $2.92  billion during the same month of 2021.
The bulletin attributed the increase of exports to the rise in the exports of various commodities, such as: other ready-made textile materials by 76.8 percent, potatoes by 56.8 percent, ready-made clothes by 19.5 percent, and fertilizers by 11.6 percent.
Meanwhile, exports of some other commodities witnessed a decrease in February such as: fresh oranges by 31 percent, pasta and various food preparations by 11.7 percent, dairy products by 6 percent, and carpets and kilims by 4.3 percent.
Moreover, the bulletin showed an increase of 1.2 percent in imports to hit $6.82 billion in February of 2022, compared to $6.74 billion in the same month of 2021.
It attributed the decline in imports' value due to the increase in the value of imports of some commodities, such as: petroleum products by 81.3 percent, raw materials of iron or steel by 61.7 percent, plastics in their primary forms by 38.8 percent, and organic and inorganic chemicals by 33.7 percent.
The value of imports of some commodities declined during February 2022 compared to the same month of the previous year, such as: wheat by 48.4 percent, passenger cars by 38.9 percent, medicines and pharmaceutical preparations by 11 percent, and soybeans by 10.1 percent.