Egypt presents 'rare case' in maintaining price of bread since 1989, accounting for half price of all subsidized foods: Cabinet 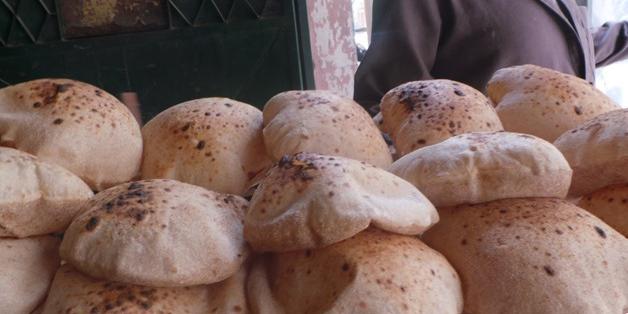 CAIRO – 17 March 2022: Subsidized “baladi” bread, Egypt’s tradition bread, is a staple at Egyptian tables and the government has sustained enormous burden to keep it affordable in a “rare case” worldwide.

To maintain the price of a product for so many years is a rare thing for governments to do, according to a Wednesday report by the Cabinet. To do that, the government increase the strategic reserve of what thanks to the increase in local production and the effectiveness of the national project for silos.

It has cost only L.E. 1 to buy 20 subsidized loaves of baladi bread since 1989 when it equaled $1 and now 6 cents, which is only 10 percent of its actual price, and the government pays for the remaining 90 percent.

Egypt’s bill to subsidize bread amounts to L.E.45 billion, which accounts for half the bill of all subsidized foods. Meanwhile, Egypt’s needs of wheat totals 21 million tons a year.

However, millions of Egyptian also consume unsubsidized bread at significantly higher prices. As the conflict in Ukraine continues, wheat prices are expected to surge in Egypt, the world’s largest wheat importer. The imported wheat mostly came from Russian and Ukraine.

On Wednesday, the Cabinet authorized the Ministry of Supply to set a mechanism for pricing unsubsidized bread for three months.

Earlier, President Abdel Fattah el-Sisi urged the government to study the cost of production per loaf, and accordingly designate the selling price. That is in tandem with charging the Ministry of Supply and Internal Trade with providing the necessary flour to bakeries to inhibit the fluctuation of the cost.

The president also stressed that supply police and inspectors must ensure that the decision is implemented by merchants, according to a statement by the presidency.