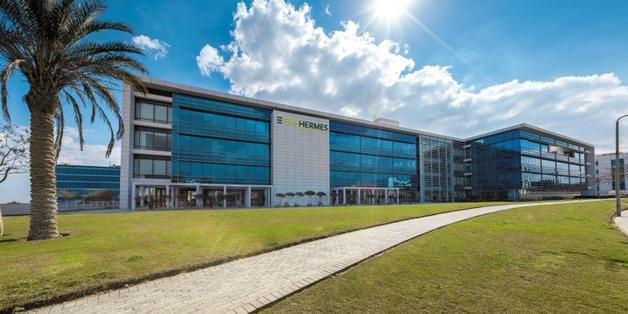 CAIRO - 14 April 2022: First Abu Dhabi Bank announced on Thursday morning the withdrawal of the non-binding offer submitted on February 9, 2022, regarding the possible acquisition of a majority stake in EFG Hermes Holding, one of the financial services institutions listed on the Egyptian Stock Exchange (EGX).
The bank said in a statement, that this decision came after a careful study of the ongoing instability in global markets and economies.
It stressed that the Egyptian market will remain strategically important for First Abu Dhabi Bank.
The bank also confirmed that it will continue to support its customers and employees, and its investments in developing its well-established partnerships and operations in the Arab Republic of Egypt.
On Feb. 9, the EFG Hermes said, in a statement that its board of directors is currently studying the purchase offer submitted by First Abu Dhabi Bank.
The company stated that it had received a non-binding initial purchase offer from the UAE's First Abu Dhabi Bank; for a possible cash acquisition of a majority stake of no less than 51 percent of the company’s issued capital shares, at an estimated purchase price of LE 19 per share.
It said that the offer confirmed the good reputation of the group in the regional and global markets, the strength of the management team and the high level of governance. Hermes advised small investors to be careful in their dealings.
The Financial Regulatory Authority (FRA) announced, in a statement on the same day, the details of the compulsory purchase offer submitted by the UAE's First Abu Dhabi Bank to acquire EFG Hermes.
FRA said that it had received a letter at the time from First Abu Dhabi Bank regarding its intention to submit a compulsory purchase offer to acquire a majority stake of no less than 51 percent of the capital of the Egyptian Financial Group Hermes Holding, at an initial price of LE 19 per share. This is until the completion of due diligence procedures.
Hermes said in a previous statement, that the completion of the deal and the determination of the final price is conditional on conducting the due diligence process on the company and obtaining the required regulatory approvals. This is through a compulsory purchase offer on all of the company’s shares in accordance with Law No. 95 of 1992.
It added that the company's board of directors is currently studying the offer, and the company will disclose any developments as soon as they occur, and the company's management has advised small investors to be careful in their dealings.
EFG Hermes achieved a net profit of LE 1.12 billion during the first nine months of 2021, compared to LE 849.8 million during the same period in 2020.
The company's total achieved revenues during the nine months rose to LE 5.19 billion at the end of September 2021, compared to LE 4.69 billion during the same period last year.
As for standalone results, the company achieved profits during the period amounting to LE 126.61 million, compared to profits of LE 178.07 million in the comparable period of 2020.
EFG Hermes operates within the Diversified Financials sector focusing on Investment Banking and Brokerage. It has subsidiaries operating across the Caribbean, Northern Africa and Middle East.