Egypt : Eni-EGAS agreement to allow export of 3 bcm of gas to Europe in 2022 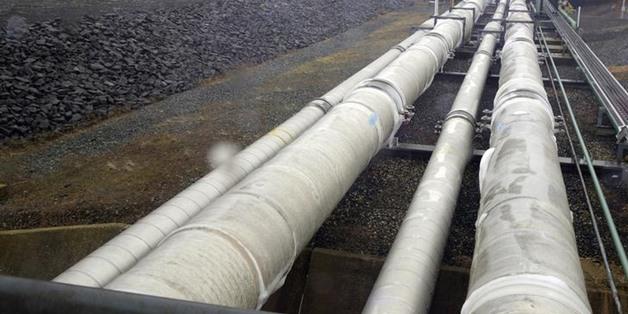 CAIRO - 14 April 2022: Eni’s agreement with the Egyptian Natural Gas Holding Company (EGAS), together with the one signed for the restart of Damietta liquefaction plant in 2021, will provide LNG cargoes for overall volumes of up to 3 BCM in 2022 for Eni LNG portfolio bound to Europe and Italy.
On Wednesday, April 13, the Chairman of EGAS, Magdy Galal, and the COO Natural Resources of Eni, Guido Brusco, signed in Cairo a framework agreement that will allow them to maximize gas production and LNG exports.
The agreement aims to promote Egyptian gas export to Europe, and specifically to Italy, in the context of the transition to a low carbon economy.
The parties agreed to valorize Egyptian gas reserves by increasing jointly operated gas activities and identifying opportunities to maximize short-term gas production. Eni will also optimize the exploration campaigns in existing blocks and in the newly acquired acreage in the Nile Delta, Eastern Mediterranean and Western Desert regions, according to Eni’s statement.
The Damietta liquefaction plant in Egypt which its production has been idle since November 2012, started exporting LNG again in February 2021 following a deal between Egypt’s EGPC and EGAS, Eni, and Naturgy.
Eni has been present in Egypt since 1954, where it operates through the subsidiary IEOC. The company is currently the country's leading producer with an equity hydrocarbon production of approximately 360,000 barrels of oil equivalent per day. In line with its strategy to reach net-zero by 2050, Eni is engaged in a set of initiatives aimed at decarbonizing Egypt’s energy sector, including the development of CCS plants, renewable energy facilities, agro feedstock for biorefining, and others.