Tunisia:Souk At-tanmia finances entrepreneurs through seed donations worth between US$5,000 and US$15,000 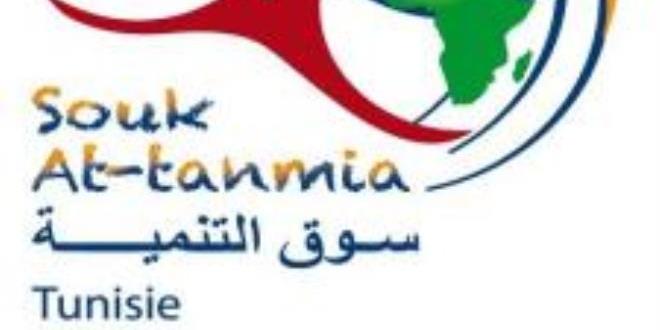 The Bank presented the testimonies of recipients of these donations, from Kasserine: "Known as Cilium under the Roman Empire, Kasserine is a city with a unique heritage. A city located in the centre-west of Tunisia where, over the generations, a craftsmanship that has made its reputation has been preserved."

"Najet Salhi is a native of Kasserine. Sitting down, with a determined air, she holds in her hands two tufts of esparto grass. Used since the 19th century, this fibrous plant must be handled with care. Cut, dried then braided, the material is transformed into baskets and containers of all shapes. It is a labour that can take hours to get to the finished product.

"We used to prepare the esparto and sell it as it is to the paper mill," Najet recalled.

"Now we harvest it and make craft products that we sell. Our income has increased and the preparation seems less difficult," she explained.

This craftswoman is one of the women who have received specialised training. Made in three workshops in the city, most of their production is sold in the capital, Tunis.

A few years ago, a craft cooperative based in Kasserine was born: "Zazia Artisanat."

Its founder, Taoufik Saudi, funded it with a grant from the Souk At-tanmia programme. This entrepreneurship support initiative, endowed with about €8 million (nearly 25.7 million dinars), was launched in 2012, by the AfDB, with about twenty partners.

Taoufik, himself from Kasserine, is a graduate of a business school. After studying in Japan, he returned to his native region. "I didn't have much money at the beginning," he said, adding: "I started with a small project but I persevered. Souk At-tanmia is a good system because it combines financial assistance and technical support. It helped me start my project. The cooperative ended up creating about twenty jobs."

In Nabeul, over 200 kilometres north-east of Kasserine, "Emna Ben Mustapha, in her thirties, is working on her aquaculture farm. Her work is in the goldsmith's trade: she prepares, in absolute silence, capsules, powder and flakes, all based on spirulina. This micro-algae is renowned for its antioxidant, nutritional and purifying benefits. Emna has seized the opportunity to serve a growing demand for organic and "healthy" products."

Holder of a master's degree in marine biology, she founded with her husband Bilel, a spirulina production unit, "AquaSpir."

"It is an algae with a thousand virtues: iron, magnesium, calcium and vitamins (...) one of the richest foods in existence," she explained.

With a dozen cultivation basins, "AquaSpir produces 1.2 tonnes of spirulina per year and employs six people full time. For greater efficiency and quality, Emna even installed photovoltaic panels and uses only water from the well. Her products, previously sold through intermediaries, are now marketed under her own brand name in parapharmacies and specialist shops.

"We targeted the French market," she said, adding that "thanks to Souk At-tanmia's financing and support, we have been able to expand internationally to other countries such as Italy, Yemen and Pakistan. We plan to increase production to two tonnes per year, bringing our workforce to ten employees."

Like a majority of Tunisian entrepreneurs, "Emna and Taoufik are now threatened by the consequences of the Covid-19 pandemic. According to a survey conducted by the programme, the beneficiary companies are experiencing, on average, a drop of about 60% in their turnover, and half of their jobs are threatened.

In this regard, Souk At-tanmia, supported by its British, American and Danish partners, has deployed a new financial and technical support mechanism to preserve these companies and facilitate the resumption or continuation of their activities. The aim is to protect jobs, secure income and, in partnership with the "Africa vs Virus Challenge" initiative, to initiate a conversion through innovation. Because each crisis generates new opportunities to be seized."

Since its launch, the Souk At-tanmia programme has helped 250 new companies to set up and over 2,000 jobs to be created in industry, services, agriculture, renewable energy, handicrafts and tourism.

Nearly two thirds of the structures are managed by young people, and more than one third by women. Over 60% of the entrepreneurs come from Tunisia's priority regions.