Tourism in Algeria: 2 big hotels to be established in Algiers, soon 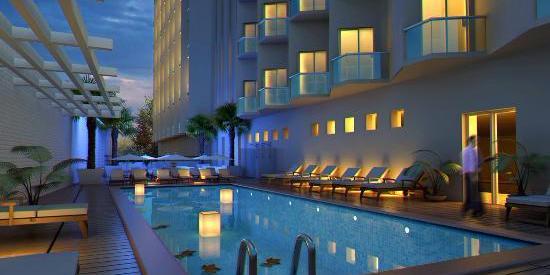 Two big hotels, with a capacity of 270 beds, will be established in the coming days, in the regions of El Mouradia and Hussein Dey (Algiers), said the Tourism and crafts Director of the province of Algiers, Mansour Noureddine.

In a statement to the APS, on the sidelines of the National Tourism day, Mansour Noureddine said that Algiers will soon have two new hotels with a capacity of 270 beds in the framework of “promoting investment in tourism sector”.

“With an amount estimated at DA 2.2 billion centimes, the first hotel “New Dey” located at the level of the region of Hussein Dey has 230 rooms, while the second “Dival” located in the region of (El Mouradia) contains 40 rooms”, the same official said.

The increase in the number of tourist infrastructures, in various administrative areas of the capital, will “undoubtedly improve hotel service with better price control, with the aim of promoting and boosting tourism capacity in Algeria, and to offer quality services to foreign tourists,” added Mr. Mansour.

The same official pointed out that the establishment of more than 60 hotel projects in Algiers has seen a “high rate of advancement”, adding that rehabilitation work has been launched in 20 tourist establishments in the public sector, at the level of capital, in order to boost the tourism field in Algeria.