A global surge in initial public offerings has so far eluded sub-Saharan Africa.

Companies have raised a record $467 billion on the world’s stock exchanges during the first eight months of this year, according to data compiled by Bloomberg. Yet in Johannesburg, home of Africa’s largest bourse, 21 companies have instead de-listed in 2021. Smaller exchanges in Accra, Nairobi and Lagos have been similarly quiet.

The world’s highest unemployment rate and a lack of confidence in South Africa’s economic recovery are pushing companies toward more affordable funding sources.

Firms in the continent’s most industrialized nation, especially smaller businesses, have been finding it easier and cheaper to raise debt to fund growth than issue shares, Mate Munalula, co-head of markets for Citigroup in the country, said an interview.

“Being listed can be perceived as more onerous, procedural and administrative when running a small entity,” he said.

Another reason is that technology and digital startups in the country are in short supply, yet that sector has accounted for a major part of the global IPO rush. Chinese ride-hailing giant Didi Global raised $4.4 billion in the US in June, while KakaoBank, South Korea’s first internet-only lender to go public, sold $2.2 billion of stock and soared more than 70% in its trading debut.

South Africa has two fast-growing tech firms in branchless lender TymeBank, backed by billionaire Patrice Motsepe, and payments company Yoco, but both have sourced cash outside the equity-capital markets. TymeBank raised $109 million in February, at a valuation of R8 billion ($530 million). Yoco attracted $83 million in July.

In Nigeria, fintech companies are emerging on the radar of high-profile investors. But US firm Stripe agreed to pay $200 million to buy out Lagos-based Paystack, and Flutterwave said it would look to New York as a potential IPO destination.

Wireless carriers MTN Group and Airtel Africa have indicated a willingness to spin off fast-growing fintech or mobile-money arms, valuing them at billions of dollars. Though in both cases an IPO could be years away.

“When you look at disruptors that are listing to attract capital, in South Africa we’ve been quite a laggard,” said Kyle Wales, portfolio manager at Flagship Asset Management. “E-commerce penetration in South Africa is 3%. In China the same ratio is 25%.”

Three firms that opted out

The lack of IPOs and exodus from the JSE could also be linked to South Africa’s near-stagnant economy and spiralling unemployment figures.

The corruption-tainted tenure of former President Jacob Zuma and the subsequent coronavirus pandemic have weakened investor risk appetite, said Citi’s Munalula, while a riot and looting spree that followed Zuma’s arrest in July only exacerbated the situation.

“The long and short of it is South Africa’s economy is the over-riding factor,” Munalula said.

Still, there are reasons to believe in a recovery. Economists surveyed by Bloomberg predict gross domestic product will expand 4.2% in 2021 after contracting the most in a century last year. Rising investment in renewable energy worldwide should also bode well for South African firms, which could benefit from a new government policy allowing more private power generation.

A number of companies are privately contemplating listings from 2022, according to Richard Stout, head of equity capital markets at Standard Bank Group Ltd.

Those to have made their intentions public include medical-cannabis firm Cilo Cybin Pharmaceutical, while Bushveld Minerals, a London-listed vanadium miner, has said it remains interested in a potential listing on the JSE.

South Africa’s large state-owned companies may also have scope to raise funds via an equity sale, though this may “require some mind-set change,” according to John Slettevold, head of South Africa at UBS Group AG.

“We certainly don’t subscribe to the view that the JSE is facing an existential crisis,” Stout said.

Nigeria : Four years on, Nigeria lags behind in open skies, $1.3b revenue agenda 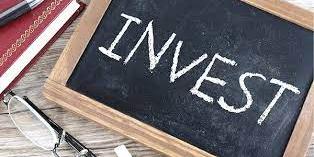 The Nigerian government requires an investment size of N348.1 trillion to achieve the targets set out in the National Development Plan 2021-2025, President Muhammadu Buhari said Wednesday in...