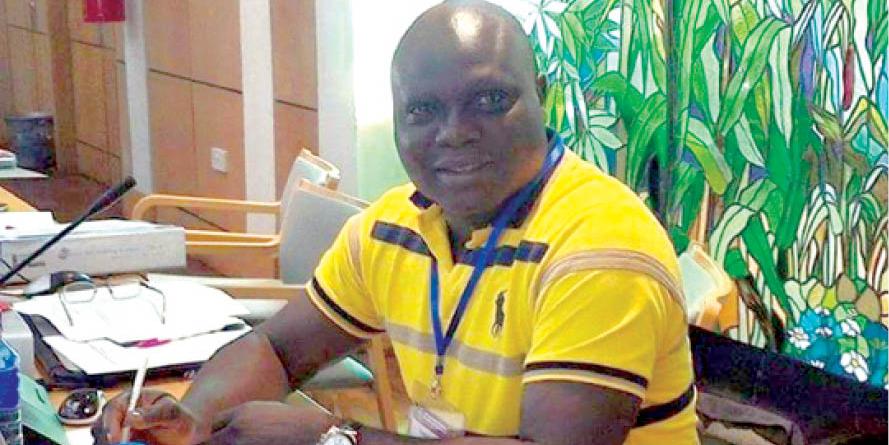 Dr Patrick Adebola, the Executive Director of the Cocoa Research Institute of Nigeria (CRIN), Ibadan, in this interview with some journalists, insists that Nigeria has enough crop genetic resources, suitable land and manpower to surpass leading African countries in cocoa production.

The days when cocoa, cashew, palm oil and groundnut were the major revenue earners of Nigeria seem to be over. What is the place of cash crops in reviving Nigeria’s economy now?

We discovered oil and started neglecting other sectors of the economy, especially agriculture and most specifically, the tree crops. This sub-sector was known for great foreign exchange earnings, but because oil money is easier, we neglected it. Crops like cocoa, cashew, coffee, kola, tea and others have been known to be major foreign exchange-earners. But with the effect of climate change in the world, countries buying our oil are now trying to cut down on gas emission as they look for renewable sources of energy, thereby cutting the volume of oil they import. Oil producers like Nigeria now see a decline in revenue. I believe if we promote these tree crops, we can reclaim our past sources of revenue for development. It is planting time for tree crops.

mproved seedlings are the most important starting point, which role is your institute playing in making seedlings available?

Since I assumed office, we have been supported by the Federal Ministry of Agriculture to timely provide planting materials to farmers. Last year, we were supported to raise about 300,000 improved seedlings of cocoa and they were distributed to farmers. This year, we raised 500,000 seedlings and we are still in the process of distribution to beneficiaries. Most of the seedlings have been taken up and planted.

We distributed, free of charge, through the farmers’ associations, Agricultural Development Programmes (ADPs), state ministries of agriculture in some cocoa-producing states, farmers’ cooperatives and some private individuals who came to CRIN.

Apart from these means, we now partner with individuals and some non-governmental organisations to be licensed as cocoa seed entrepreneurs to provide improved planting materials for medium and commercial-scale farmers and investors. The operators will be able to reach more farmers and complement what CRIN is doing. We are already conducting training for them to become cocoa seedling entrepreneurs who will sell improved cocoa seedlings at affordable price.

There are many adulterated varieties. How improved are these varieties?

CRIN has produced high-yielding varieties termed series TC1-8. These are very high-yielding and early-bearing seeds. They start producing pods between 18 months and two years. The current production figure of an average cocoa farm is about 400-500kg per hectare, but the new materials can produce 1500-2000kg per hectare.

So, these improved materials will have a great impact on the productivity of farmers. Apart from those attributes, it is recorded that their flavour is better than the old varieties. So, farmers have been requesting these materials. Unfortunately, we have not been able to satisfy all the requests because of our limited capacity.

We need more hands to produce hybrid pods as it involves manual pollination to get true-to-type varieties. We also want to explore clonal multiplication methods such as Semi-Autotropic Hydroponics (SAH) for mass production of these improved materials.

Are you also producing seedlings for cashew?

Cashew is a little bit more technical because when we raise seedlings and people do not come, it is difficult to use them the following year. They would have overgrown. We produce jumbo and Indian dwarf cashew seedlings on request by farmers. But the institute has the capacity to produce whatever number that the farmers are looking for.

Do you mean the demand for cocoa seedlings is greater than that for cashew?

By estimation, when will Nigeria close the production gap between it and Cote d’Ivoire or Ghana?

If you look at cocoa production in Cote d’Ivoire, for example, it is getting about two million tons yearly. Nigeria struggles with about 250,000 to 300,000 tons. In Ghana and Cote d’Ivoire, the cocoa subsector is well regulated. Nigeria has more hectares than Cote d’Ivoire, but their production is higher than ours. Everything about cocoa in that country is well regulated. Coming back to Nigeria, it is not about how many hectares we have, but about how productive the hectares are. Right now, the average production of our cocoa plantation is about 400-500kg per hectare. So we have to increase tonnage per hectare to at least 1000-1500kgs to close the production gap.

What does it take to increase cocoa productivity?

All moribund cocoa farms have to be rehabilitated and made productive again. We also need to plant new plantations with improved varieties or replace old varieties with new ones. I encourage cocoa farmers to source their planting materials from CRIN or CRIN-accredited seedling entrepreneurs. Apart from that, good agricultural practices will get us maximum yield, and this can be done by intensive training of farmers. One other way is by regulating agro-chemicals that we use on cocoa farms.

In Nigeria now, every agro-chemical that comes in farmers use it indiscriminately. This affects the quantity of cocoa we produce and the quality in terms of pesticide residue leading to rejection of some of our cocoa beans when we export.

If the cocoa subsector is properly regulated, these things will normalise. Lastly, CRIN needs more research funding. The current level of funding is grossly inadequate to carry out the mandate of the institute. Increase in cocoa productivity and quality can be achieved if the institute is well funded.

As you said, some people have been calling for the re-introduction of commodity boards. Do you think we need a cocoa board?

I think the biggest mistake we made was abolishing the cocoa board. There were allegations of corruption, but corruption could have been fixed without winding the board down. If you look at Cote D’Ivoire and Ghana, their cocoa sectors are doing well because their boards are in place. They regulate their cocoa subsectors. In Nigeria, there is no one-stop shop for the cocoa subsector, and I think it is high time the government looked at not only cocoa, but also other commodity boards. They should be brought back.

Do you see a correlation between reviving the factories and productivity?

I think the best thing to do is to promote local consumption because we cannot continue to have a product which price is dictated by external buyers. Nigeria has about 200 million people and we consume chocolate and beverages made from cocoa.

Why don’t we encourage local consumption?

Nigeria is a huge market if we can start from primary schools. We can incorporate cocoa products into the school feeding programme. We know all the benefits of consuming cocoa-based beverages. If we start to encourage local consumption, the demand for cocoa will go up. This will definitely have an impact on the revival of the local industries as well as increase in productivity.

Since you assumed office about 10 months ago, what have you done to move the institute forward?

Before I assumed office, there were crises in CRIN and it was known for labour unrest. This reduced the gains of previous administrations. But since I came in, with the help of the CRIN Board chairman, Alhaji Abdullahi Jao, and members, I have been able to unite stakeholders and bring stability to CRIN.

In terms of labour, the present management has been able to work hand-in-hand with all the three in-house labour unions and I think I have won their support. The staff were owed several allowances, entitlements and benefits which accumulated to more than N80 million before I came. But I moved around, and with the help of the stakeholders, we got some resources and we have cleared almost all the debts. This has really reduced tension: everybody really appreciates the effort.

So, I started from 2017 and cleared all the backlog owed to the staff. I have also embarked on an infrastructural facelift. We are trying to renovate our old facilities. If you had been here before, there was no toilet, but now, the directorates have been fully renovated. The Lawrence Opeke Hall and the boardroom have been given a facelift.