NIGERIA:Tree Crops Under Threat As Focus Shifts To Rice, Maize 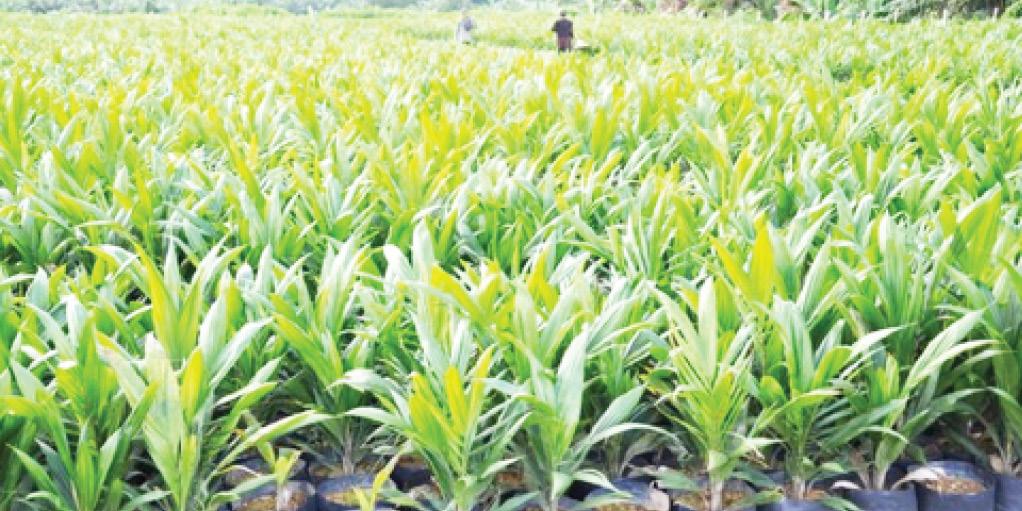 Nigeria has lost its glory, wealth and position in the production of almost all the tree crops like cocoa, oil palm, cashew etc.

In the 1960s, cocoa was the wheel of development in western and southern Nigeria. In the same period, oil palm was money for many households in eastern Nigeria, while cashew put smiles on the faces of many people in communities in northcentral, eastern and western Nigeria.

Coffee and tea also gave many families good income in Taraba and Plateau states, as well as pockets of other producing areas across the country.

Sadly, while many nations have strengthened production of these tree crops, production in Nigerian has consistently been on the decline because the federal government only made promises without articulated policies and funding.

Former President Goodluck Jonathan, through the former Minister of Agriculture and Rural Development, who is now the President of African Development Bank, Dr Akinwumi Adesina, in his cocoa transformation agenda, said that if the country was to meet national targets on cocoa beans productions, Nigeria needed to raise 111 million improved hybrid seedlings in 2012, another 116 million in 2013 and then by 2013, reduce the production to 80 million. Unfortunately, none of these targets was met.

At the inception of President Buhari’s administration in 2015, the Federal Ministry of Agriculture and Rural Development came up with another cocoa revival plan, which attempted to change the dynamics of production.

The plan set a target for national production to reach 500,000 metric tonnes at least by 2016 and expected to push the production figures to 1 million tonnes by 2018, but not much was done.

Earlier, during President Olusegun Obasanjo’s administration, the National Cocoa Development Committee made effort to revive production; and between 2002 and 2007, the committee distributed inputs to cocoa farmers at 50 per cent subsidy. NCDC also raised 62 million high-yielding early maturing hybrid seedlings, which can cover 56,000 hectares of new cocoa fields, according to Centre for Public Policy Alternatives.

The centre noted that the country was experiencing low and declining yields due to inconsistent production patterns, disease and pest attack, adding that “low levels of mechanization with dependence on cutlass and hoe agriculture and ageing of cocoa fields play roles in decreased productivity, especially in southwest states that contribute nearly 80 per cent of national cocoa yields.”

Dr Oyewale Peter Oluwaseun, who researched “the Rise and Decline of Cocoa Production and its Economic Implication on the Cocoa Farmers in Ondo State, Nigeria,” said cocoa in the south had a comparable role in some ways, but local consumption has been at a very low level.

According to Intrado, a global market research Newswire, the global market for palm oil was worth $42.8bn in the year 2020, and may likely reach $57.2bn by 2026, at growth rate of 5 per cent in the period under review.

Mr. Alphonsus Inyang of the National Palm Produce Association of Nigeria (NPPAN) therefore advised the new agric minister to focus on massive development of tree crop such as oil palm, cocoa, cashew nuts, rubber, coconut, tea and coffee to recover the lost glory of the country in the production, processing and exports of these commodities.

For coffee and tea, the global market is huge, yet Nigeria is nowhere cutting a piece of this market despite the enormous potentials for growing tea and coffee in 22 states.

“The production of coffee (both lowland coffee and highland coffee) in Nigeria is less than one million tonnes per annum. Due to lack of government interventions, lack of training, bringing improved varieties, soft loans, and lack of focus on coffee and tea industry, farmers have abandoned their coffee. Other people now go into the coffee industry, take it away from the farmers and import. That discourages the farmers from increase in production,” he said.

According to the Nigerian Export Promotion Council, “Our cashew kernel exports are increasing fast during recent years, already reaching over $11m. Most kernel exports (80 per cent) went to USA in 2017. Raw cashew nut (RCN) exports are nevertheless still very dominant. We reached a staggering annual growth of 54 per cent in export value of RCN during 2013-2017. However, United Nations Conference on Trade and Development (UNCTD) said “between 2000 and 2018, world trade in raw cashew nuts more than doubled to 2.1 billion kilograms, and African producers – led by Côte d’Ivoire – accounted for almost two-thirds of the growth. But the continent’s farmers and exporters get only a fraction of the final retail price.”

Mr. Unekwuojo Edime, the president of Cashew Farmers, Aggregators and Processors of Nigeria, said much work needs to be done if Nigeria must beat countries like Vietnam, or even Côte d’Ivoire.

He stressed that despite the potential to be the leading producers, Nigeria’s production is far below potentials.

Those who spoke with Daily Trust on Sunday said that the state governments are not doing enough to complement the federal government’s efforts.

“The problem with Nigeria is that there is so much dependence on the federal government for almost everything. The states are just doing nothing. There is so much potentials laying waste in the states. Agriculture is largely driven at the local and state levels yet these levels of government don’t do anything other than wait for federal allocation. The VAT issues is just the beginning of the larger problems to come.

“If states develop crops that are of comparative advantage, the processing factories will move in and they can generate enough revenue to fund their development projects. But most of the governors just fold their hands waiting for federal allocation, it does not work like that,” an Assistant Director with the Federal Ministry of Agriculture and Rural Development, who asked for anonymity, said.

Under the current administration, effort is directed more to the production of grains, particularly maize and rice, which made the former minister of agriculture and rural development, Alhaja Sabo Nanono, to label them “political crops” because people usually react to any slight increase in their prices by calling out the government.

Since launching the Anchor Borrower Programme in 2015, maize and rice have received the largest federal funding worth over N150bn by the Central Bank of Nigeria, while tree crops and livestock suffer.