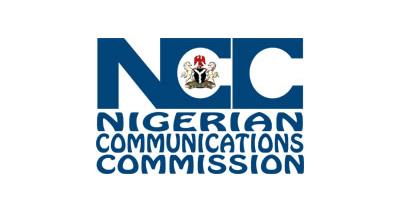 The two weeks telecom services shutdown in Zamfara State may have cost all the four major telecommunications companies in Nigeria at least N6.3billion, a calculation done by Daily Trust has shown.

The Nigerian Communications Commission (NCC), had on September 3, 2021 ordered MTN, Glo, Airtel and 9mobile to shut down all their telecom sites in banditry-ravaged Zamfara for two weeks. The shutdown ends today, according to the letter NCC wrote to the telcos.

But their inability to sell voice and data services for two weeks in the North-western state, Daily Trust estimated that the four big telecom operators might have lost N6.3bn.

This is arrived at by multiplying Nigeria’s Average Revenue Per User (APRU) of telecommunications services for two weeks by the estimated number of telecom users in the state.

ARPU is defined as the total revenue divided by the number of subscribers of telecom operators per month. Nigeria’s ARPU stands at $4.14 (about N2500).

Though the NCC and the telcos said it is usually difficult to get the precise total number of telecom users in each state due to mobility of users, a senior official at the commission told Daily Trust between 5 and 6m phone users are likely to be in Zamfara.

The total number of active telecom subscribers across all the 36 states and Abuja currently stands at 187.4m, according to NCC.

Daily Trust estimates that if at least 5m people spend N2500 on telecom services for two weeks in the state, the telecoms companies would earn about N6.3bn in revenue for the period.

The NCC and the four telcos declined to comment on the issue.

Speaking with Daily Trust on the issue, a telecom consumer right activist Chief Deolu Ogunbanjo said any measure taken by the federal government to restore full security to any part of the country should be welcomed by all Nigerians.

He called on the government to expedite action on the security activities so that telecommunications services could be restored in Zamfara state.

But a Lagos-based economic expert Ojo Alatishe told Daily Trust that the Federal Government should not allow the Nigerian telecom operators alone to bear the brunt of the shutdown.

Alatishe said FG should assist the telecom business owners by giving them back part of the money they lost to the shutdown.

This, he said, would not cause the shutdown to cause a long term effect of economic catastrophe in the country.

The NCC letter signed by its Executive Vice Chairman and Chief Executive Officer Prof Umar Garba Danbatta had directed all the telecom operators to shut their sites for weeks with effect from Friday, September 3, 2021.

It said it is to allow “relevant security agencies carry out required activities towards addressing the security challenge in the state.”