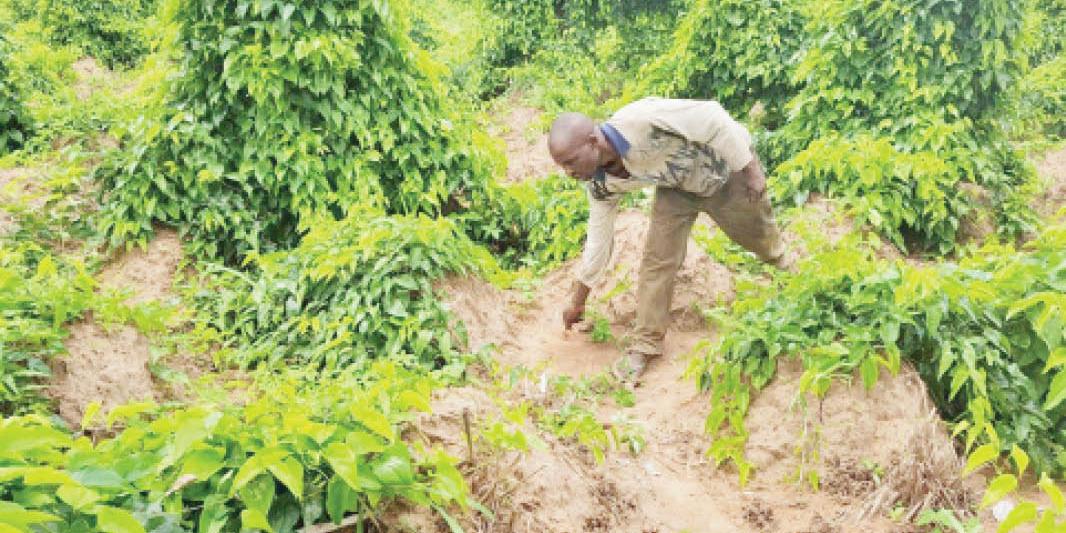 The high rate of non-repayment of government-facilitated agriculture loans by farmers portends grave danger for the expansion drive of the sector in the country, experts have warned.

Daily Trust reports that since the inception of this administration, there have been various financial facilities by the agencies of the federal government, like the Central Bank of Nigeria (CBN), NIRSAL Microfinance Bank, as well as those guaranteed by some state governments.

The most popular of the facilities are the ones from the Anchor Borrowers Programme of the federal government, which was launched in November 2015 to create a link between companies involved in the processing or export of key agricultural commodities and smallholder farmers.

The revolving loan is to provide seed to farmers and cash to grow the crops, and it is expected to boost production of the selected commodities and make economic industrialisation through substitution a reality.

The scheme targets small-scale farmers cultivating fewer than five hectares of land and producing cereals such as rice, maize and wheat; roots and tubers, such as cassava, potatoes, yam and ginger; tree crops like oil palm, cocoa and rubber; legumes such as soybean, sesame seed and cowpea; livestock such as fish, poultry and ruminants. Also included are cotton, sugarcane and tomato.

The participating banks, which work with the CBN, lend to farmers at nine per cent yearly and the loan is repaid with the harvested crops.

Experts have, however, observed that the scheme is threatened as recouping loans has been difficult, especially at the smallholder level, where such loans are often seen as grants and empowerment schemes.

Mr Dimeji Aina, an agric economist, warned that the move to develop the country’s agricultural sector might witness a setback if the loan facilities put in place to achieve this are not repaid.

“There is no way the government can give money to all these farmers at the same time, it has to be in batches; and the other batches might not get if the first batch refused to repay. And you know what that means to the expansion process,’’ Aina said.

He suggested that there should be a thorough screening before such loans are given and that they should be given to cooperative bodies instead of individual farmers.

Speaking in the same vein, Ibrahim Kabiru, an architect and president of the All Farmers Association of Nigeria (AFAN), noted that farmers were so many that no funding window would be adequate for all of them at a time, which necessitated lending in tranches. He, therefore, added that loans were needed to reach a sizable number of the farmers.

“As one set of farmers repays loans, others in the queue get it, so prompt repayment is prudent to enable wider coverage,’’ he said.

He advised the CBN to rate the operations of a prospective borrower properly before prequalifying him to ascertain repayment capacity.

“Real farmers and not brief-case ones should be given the loans, otherwise repayments can never be forthcoming.

“There is also the absolute need to allocate appropriate tenors for the facilities, based on the asset conversion rates of the components being sponsored,’’ he advised.

An agriculturist, Ismail Abdullahi, told our correspondent on phone that the failure of some farmers to repay the CBN agric loan was denying others access this year, warning that such attitude would kill the apex bank’s initiative.

Experts are of the belief that prompt repayment of the loans from the CBN and other lending facilities will help participants to get access to quality farm inputs and stable market. They called for more effort to keep the facilities afloat.

Why some farmers are finding repayment difficult

The AFAN president, Ibrahim Kabiru, has said that some farmers are finding the repayment difficult because of some challenges, ranging from post-harvest loss, transportation, marketing, management, as well as low purchasing power of prospective customers.

He said there were instances where those who got the loans were not real farmers.

“How do you expect political farmers to repay loans used for other purposes?’’ He asked.

He advocated due diligence in administering the loans, right from prequalification and disbursement, up to the end of the moratorium, if any, to the initial repayment.