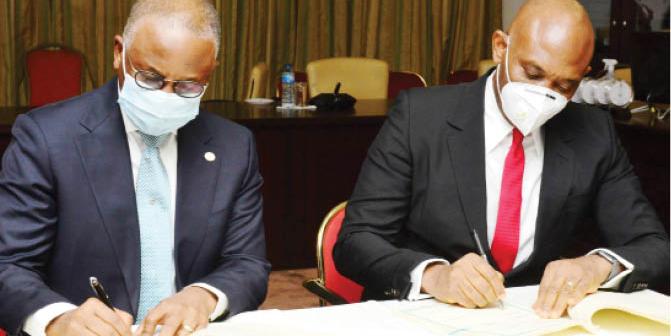 He noted that that was an indication that the main objective of developing a power sector that will steadily deliver quality service and sustain itself is on track.

According to a statement by presidential media aide, Laolu Akande, Prof. Osinbajo said this on Thursday in Abuja at the signing ceremony of the share sale and purchase agreements for Afam Power Plc and Afam Three Fast Power Ltd.

“We need a power sector that can provide quality service to Nigerian consumers and sustain itself,” he said.

Osinbajo, who is the Chairman of the National Council for Privatization, said the Afam Power Plc and Afam Three Fast Power Limited plants have a combined capacity of almost 1,000 megawatts (MW) but that the operational capacity is 240MW (Afam III) and 100MW (Afam Plc).

“We expect that under Transcorp’s ownership, the operational capacity of the facility will be raised to its full capacity,” he said.

Transcorp acquired the Ughelli Power Plant in Delta State in 2013 and has since recovered almost its full capacity.

Chairman of Transcorp Consortium, Mr Tony Elumelu, said though the journey to acquire the plants had been long, its successful acquisition and subsequent operation by the consortium would lead to improved access to electricity and better livelihoods.

The Director-General of the Bureau of Public Enterprises (BPE), Mr Alex Okoh, said the government’s objective was to seek competent investors such as Transcorp which has committed to investing $350 million in the two plants.

“In addition to the new Afam Three Fast Power plant with an installed capacity of 240MW, the consortium has committed to ramping up power generation of the plant to its rated capacity of 726MW within five years, thereby adding an aggregate amount of 966MW to the national grid,” he said.