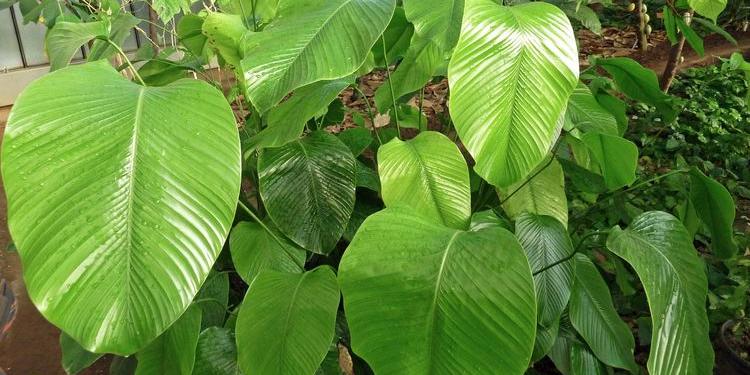 The federal government has said the country will soon begin the production of thaumatin sweetener as an alternative to sugar.

Thaumatin is a mixture of closely-related proteins extracted from the fruit of Thaumatococcus daniellii (Miracle Berry).

It is an odourless, cream-coloured powder and functions primarily as a sweetener and flavour enhancer.

According to the Guinness Book of World Records, thaumatin is the sweetest natural substance known to mankind.

It is produced primarily from thaumatococcus daniellii, usually abbreviated as T. danielli plant.

According to a document from the Raw Materials Research Development Council (RMRDC), in Nigeria, T. danielli is mostly cultivated for the leaves. The lamina of the leaves is used for wrapping foods. The petiole is used to weave mats and as a building material.

Professor Ibrahim Hussaini Doko, the Director-General of the Raw Materials Research Development Council (RMRDC), has asked farmers to involve in the farming of the plant so that the country can get enough raw materials for the production of thaumatin sweetener.

“Presently, T. danielli is not widely cultivated and harvesting of the arils takes place in plants growing wild in rainforests of West Africa, ranging from Sierra Leone to the Democratic Republic of Congo.

“The current production process is substantially dependent on the availability and quality of the native plant from year to year, which limits thaumatin’s use as a sweetener,’’ he said.

The DG said farmers should tap from the enormous responsibility of growing the plant, adding that researches have shown that it can grow well in Nigeria.

He said trade in T. danielli provides domestic support to about one million families and serves as a source of occupation for about 75,000 women in different parts of Nigeria.

Prof Doko said the plant is popular in forest areas but has also been found to grow in planted forest areas, home gardens and under forest-based plantations.

“A major competitive demand to sustainable utilization of T. danielli even among the indigenous peoples in Nigeria is that T. danielli leaves are already facing competition with nylon and plastics as packaging material, due to its scarcity.

“As a result, the need to promote sustainable development of this important plant in indigenous communities and as exotic in new ecological zones, where it will be introduced, has become imperative,’’ he said.

Why producing thaumatin as sugar alternative is important

According to the document, the importance and use of thaumatin is increasing gradually on the global level as the over-consumption of nutritive sugars continues to constitute dietary problems in different parts of the world.

This dietary behaviour, the document further shows, is linked to various adverse health effects such as the increased risk of diabetes, obesity, high blood pressure and cardiovascular diseases and as a result, efforts are being made globally to reduce nutritive sugar consumption.

“For instance, the World Health Organisation (WHO) recommends that sugar consumption should be reduced to less than 5% of the total calorific intake,’’ the document shows.

The global thaumatin market size was estimated at USD 170 million in 2021 and the global market is expected to reach USD 220 million by 2026.

What Nigeria is doing to promote thaumatin production

To develop a cost-effective sweetener as a substitute for sugar, the federal government, through the RMRDC, collaborated with a research team from Lagos State University, Lagos, to process the locally available Thaumatococcus danielli aril into thaumatin.

The project, our Agric Editor learnt, involved the development of a cheap and efficient extraction and purification process for the production of thaumatin as a sweetener and flavour-enhancer for use in the food and beverage industry.

Sequel to the successful completion of the project, PharmaDeko Nig. Plc, took up the challenge to process natural sweetener obtained from Thaumatacoccus danielli for the production of non-calorific drinks and other pharmaceutical products.

Similarly, RMRDC conducted a comprehensive survey on the availability and cultivation of the plant in Nigeria. The results obtained indicated that while the plant grows extensively in the southern parts of Nigeria, it is becoming increasingly scarce as a result of overexploitation and inadequate knowledge of the methods of its propagation.

“As a result of these, RMRDC is promoting backward integration and the development of alternative sources that would lead to the reduction of the importation of sugar, sweeteners and flavour-enhancers.

“A major milestone achieved was the collaboration with GAMLA Nigeria Ltd., which has resulted in the acquisition of 100 hectares of land in Delta State for study on in-situ and ex-situ propagation of T. danielli.

“This effort was to guarantee sustainable raw material supply for the user industries,’’ the RMRDC boss said.

He said both the production and processing would be stabilized in the country within the next three years, which is expected to save the country more than N20 billion annually in foreign exchange.