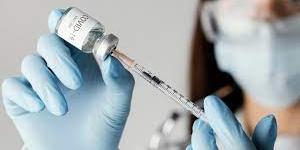 Enugu and Edo states reject the statistics, insisting that they are doing better than captured by the NPHCDA.

Three states have reacted to the latest update on the performance of the states of the federation and the Federal Capital Territory (FCT) in the mass vaccination campaign against the coronavirus pandemic.

The National Primary Health Care Development Agency, (NPHCDA) on Wednesday released the statistics of both “best and poor” performing states based on the number of vaccinated residents compared to the targeted population.

Three states, Ebonyi, Enugu and Edo have reacted to the statistics.

The NPHCDA in its ranking said Nasarawa State, North-central Nigeria, has vaccinated a total of 31.63 per cent of its targeted population in the country’s drive to vaccinate 70 per cent of the population by middle of 2022.

The ranking also listed Jigawa State, North-west Nigeria, as the second on the log with 29.03 per cent, and followed closely by Ogun State in the South-west with 17.24 percent of the targeted population while another state in the South-west, Oyo, ranked fourth with 13.67 per cent.

Kwara State in the North-central ranked fifth with 10.36 of the targeted population.

According to the statistics, Bayelsa State has only vaccinated 0.69 per cent of its targeted population while Akwa Ibom State has only done 0.92 per cent.
ⓘ

Imo State is said to have vaccinated 1.08 per cent while both Ebonyi and Enugu has only done 1.28 and 1.38 per cent of the targeted population respectively.

Apart from Sokoto State which ranked 31st on the log, most poor performing states are found in the South-southern and South-eastern regions of the country as Abia State ranks 32nd while Edo State, which was the first to declare mandatory vaccination policy in the country, ranked 30th on the log.

When contacted on Wednesday to know why their states are lagging behind in the mass vaccination campaign, both Enugu and Edo States rejected the statistics, insisting that they are doing better than captured by the NPHCDA.

Mr Ikechukwu, who said he was surprised about the result, insisted that his state’s primary health care development agency is “leading the process of the vaccination campaign across the state”, adding that “they are working very hard to get the people vaccinated.”

Noting that vaccination sites have been set up outside health care facilities, the commissioner said the state is also talking with traditional rulers to set up vaccination sites in palaces in towns and villages.

He said; “I wonder where the information you are talking about was gotten from because in Enugu State we have been vaccinating people against the pandemic since March this year. We have gone through all the phases so I wonder where this statistics you are talking about is coming from because we have almost achieved up to 90 to 100 per cent coverage with all the vaccines that have been brought to us before.
“So, I am wondering the measuring matrix they are using to say Enugu is among the least performing because we have gone through first phase, second phase and I think the third stage of vaccination and we have been finishing up with our vaccines in Enugu, so t is surprising.
ⓘ

“I need to know where this information came from because we have signed up to the mass vaccination with a target of 50 per cent of our people being covered. We are massively vaccinating in different places not just in the health centres.”

Reacting to the development, the chief press secretary to Governor Godwin Obaseki, Crusoe Osagie, said he doubted the authenticity of the ranking.

He said; “I want to believe that we are doing well, so I doubt the ranking statistics. But I shall try to reach out to the appropriate quarters and I will get back to you soon.”

However, as of the time of filing this report, some hours after the pledge by the CPS, he was yet to get back to our reporter.

Speaking with PREMIUM TIMES on Wednesday, the spokesperson to Governor David Umahi of Ebonyi State, Francis Nwaze, said “his state noticed the poor ranking and has since launched a massive vaccination campaign in the state”.

He said; “The state government will be working with the local government to do a house to house vaccination of the people. We hope that by the end of January 2021 we would have reached 50 per cent of the Ebonyi population.”Mr Nwaze added that the governor has urged the people to protect themselves against the virus by going for the vaccination.

The NPHCDA boss, Faisal Shuaib, had at the weekend praised Zamfara, Delta and Cross River states for making progress in their campaign efforts.

Mr Shuaib added that almost 10 million eligible persons have been fully vaccinated against the ongoing COVID-19 pandemic in the country.

He explained that vaccines were the best way to protect people from coronavirus and would save thousands of lives.

“Three vaccines have now been approved for use in Nigeria and the government has secured early access to more vaccine doses.

“The Nigeria COVID-19 vaccine rollout is a big vaccination programme in history. The goal remains to vaccinate as many people as quickly as possible,” he added.

According to him, the “NPHCDA aims to provide advice and information at every possible opportunity to support those getting the vaccine and to anyone who might have questions about the vaccination process”.

The executive director further said the agency’s website also provides guidelines for persons that have completed two doses of AstraZeneca, Moderna, Pfizer Bio-NTech or one dose of Johnson & Johnson vaccine.