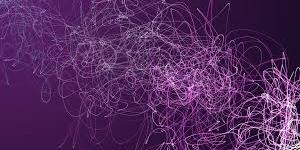 Experts believe that much progress could be achieved in the power sector in 2022, especially if the government is able to follow through with its deal with German electricity giant, Siemens Group.

Access to electricity, no doubt, is a catalyst for any nation in its drive for industrialisation.

The importance of power to socio-economic development, creating myriad of opportunities for Micro, Small and Medium Enterprises (MSMEs) to thrive, cannot be overemphasised.

For a nation like Nigeria where MSMEs constitute a large percentage of its economic activities, the power sector must be well positioned in its desire for economic prosperity.

However, power generation still hovers just above 5,000 MW despite the 13,000MW installed capacity eight years after the sector was privatised.

From generation to transmission and distribution, Nigerians continue to ask for more, in their bid to get brighter homes.

As 2021 comes to a close, a review shows some of the major issues that shaped the sector in the outgoing year, with industry players also projecting into 2022.

2021 saw the completion of the first phase (Phase zero) of the National Mass Metering Programme (NMMP) flagged off by the Federal Government on October 30, 2020.

The key objectives of the NMMP include, to increase Nigeria’s metering rate, and elimination of arbitrary estimated billing.
ⓘ

It is also aimed at strengthening the meter value chain by increasing local manufacturing, assembly and deployment capacity.

It will further improve network monitoring capability and availability of data for market administration and investment decision making.

The Nigerian Electricity Regulatory Commission (NERC) said about 980,000 electricity customers were metered across the country under the Phase Zero.

The power sector regulatory agency said the second phase (Phase One) of the scheme would begin in the first quarter of 2022 with about four million meters to be supplied strictly by local manufacturers.

He said: “The President Muhammadu Buhari administration must be commended for initiating the NMMP because there is an urgent need to bridge the metering gap in the power sector.

“I want to appreciate the government because the intervention that came to manufacturers under the phase zero was a huge success.
ⓘ

“It gave manufacturers the opportunity to have a tested process in place to know their capabilities and capacities and what they can give to the market.

“The volume given to us was tested against the equipment, manpower and why we need to upscale further.”

In May, the Federal Government announced that it was planning to sell five power Generation Companies (GenCos) to investors through the Bureau of Public Enterprises (BPE).

The bidding processes for the GenCos, which are part of the National Integrated Power Project (NIPP), have already commenced.

Mr Samuel-Ilori noted that while the BPE had directed that the bidders must have prior experience in power generation, the government must, however, ensure that they adhere to the requirements.

“We don’t want it to be mere rhetorics as we have seen in the sales of critical national assets in the past; particularly in the same power sector.

“For us, as electricity consumer group, we can only support the selling of these power plants to investors that have both technical and financial competence.

“Anything short of that will not be good for the Nigerian Electricity Supply Industry and will further put more electricity consumers in darkness,” he said.

The president replaced him with Abubakar Aliyu, who until his appointment was Minister of State for Works.

Mr Aliyu’s mandate is ensuring that the Federal Government’s vision for the power sector, which is to improve access to electricity for all Nigerians in order to lift the country out of poverty, is achieved.

Since assumption of office, the minister has held several engagements with stakeholders in the sector with a view to finding lasting solutions to its challenges.

However, electricity consumer groups believe that ensuring that the Nigerian Electricity Regulatory Commission (NERC) adequately performs its statutory responsibilities should be a major focus of the new minister.

The groups, the Energy Consumer Rights and Responsibilities Initiative (ECRRI) and AECPF, said this would unlock the potential of the sector.

Mr Samuel-Ilori of AECPF and Surai Fadairo, National President, ECRRI, said the minister should be firm on NERC and oversee the regulatory agency to protect the interest of consumers.

Another notable occurrence in the year was the management change in the Abuja Electricity Distribution Company (AEDC).

An industrial action against the company on December 6 resulted in a total blackout within the DisCo’s network area for about 14 hours before it was called off.

The development led to the sacking of the AEDC management by the lender (Receiver Manager) which provided the acquisition loan for KANN Utility Company Limited to acquire majority stake in the electricity distribution company during the privatisation exercise in 2013.

Meanwhile, eight years after the power sector was privatised, calls by experts and stakeholders abound for the government to review the performances of the players in the industry value chain.

Muda Yusuf, an economist and former Director General of the Lagos Chamber of Commerce and Industry said the entire experience had given privatisation a bad name.

“There were issues of due diligence, technical capacity, financial capacity, political interference, metering issues, commercial losses, technical losses, tariff rigidities and the economics of the private sector investment in the sector,” he said.

Also, Sina Odugbemi, Convener, Where’s the Light Movement, said Nigerians have not experienced the desired objectives of available, accessible and affordable electricity supply over seven years after the sector was privatised.

He said: “The only way forward is for government to reverse the privatisation policy and bring back the power sector under exclusive public ownership.

”Nigerians have witnessed both; that is, public and private ownership. Service under the so-called private investors is worse.

“We advocate the democratic control and management by workers and consumers in a more transparent manner.“

Deficit of infrastructure across the value chain of the power sector remains another challenge which affected stable power supply in the country in the year under review.

From generation to transmission and distribution value chain, the sector is in dire need of infrastructure upgrade to meet the energy needs of the populace.

Joy Ogaji, Executive Secretary, Association of Power Generation Companies (APGC), said only 25 out of 150 GenCos licensed by NERC were operating optimally in Nigeria.

She said that the less than 6,000MW generated by the GenCos was not being optimally utilised due to load rejection by electricity Distribution Companies for various reasons.

Ms Ogaji said gas supply constraints was also one of the major challenges facing GenCos and responsible for the drop in power generation.

She said that this could be remedied by the Nigerian National Petroleum Corporation agreeing to supply 60 per cent of the gas needed by the thermal plants.

Roger Brown, Chief Executive Officer, Seplat Energy Plc, said the lack of access to electricity by Nigerians was a huge opportunity for investors

He said Nigeria’s Gross Domestic Product was currently N468 billion and was expected to rise to N973 billion by 2040 which would increase energy demand in the country.

Experts believe that much progress could be achieved in the power sector in 2022, especially if the government is able to follow through with its deal with German electricity giant, Siemens Group.

The deal signed in February 2020 aims to not only enhance the distribution network but also increase generation capacity to the tune of 40,000MW.

Nigerians are expecting better times in terms of electricity supply and can’t wait to reap the benefits of such plans.