Morocco:USAID to Invest $100 Million in Morocco’s Development Over 5 Years 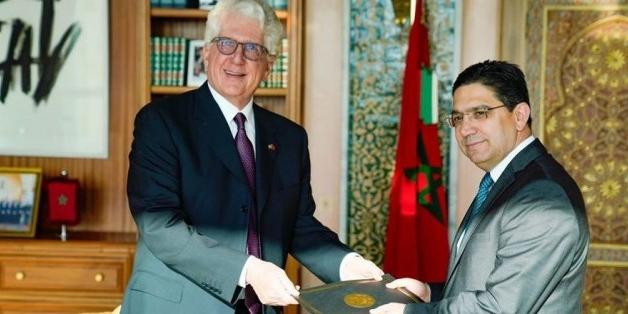 US Ambassador to Morocco David Fischer expressed satisfaction over increasingly strong cooperation between Rabat and Washington as he announced a USAID funding package.

In a recent interview with the Washington Times, Fisher described the relationship between Morocco and the US as the “strongest it has ever been.”

During his conversation with the US news outlet, Fischer said that USAID is planning to invest $100 million in Morocco over the next five years.

The investment will be in close collaboration with Morocco’s government and will aim to enhance economic growth and education.

The MCC and Morocco are implementing a $450 million program to address major challenges, including employability and land productivity.

Morocco’s government has reiterated on several occasions that improving employment is among its priorities.

King Mohammed VI called on the government to address challenges linked to a lack of employment opportunities in a speech earlier in October, urging measures to boost investment.

The monarch also called to advance the development of agricultural production and facilitate the integration of professionals in rural areas, in line with the new farming strategy.

“Putting one million hectares of communal agricultural land at the disposal of investors and rights holders is a key element of that strategy,” the King said.

He added that the total investment for the project over the medium term is estimated at approximately MAD 38 billion ($4.1 billion).

Since the outbreak of the pandemic, Morocco’s government implemented a series of stringent measures to combat COVID-19 throughout its territory. The country also negotiated with international partners to purchase COVID-19 vaccines, including companies in China.

In terms of cooperation between governments, Morocco is working with the US, among several other partners, to combat the pandemic.

David Fischer said that the US partnered with Morocco to invest more than $10 million in the country’s COVID-19 response.

“This assistance has helped prepare laboratory systems, improve Covid-19 case detection and surveillance, and support technical experts among other areas.”

The US and Morocco maintain strong diplomatic relations and vow to continue to boost cooperation in all fields.

The two countries signed a Free Trade Agreement on June 15, 2004, which entered into force in January 2006.

The Office of the US Trade Representative (USTR) said the FTA between the US and Morocco is a “comprehensive agreement that supports the significant economic and political reforms that are underway in Morocco.”