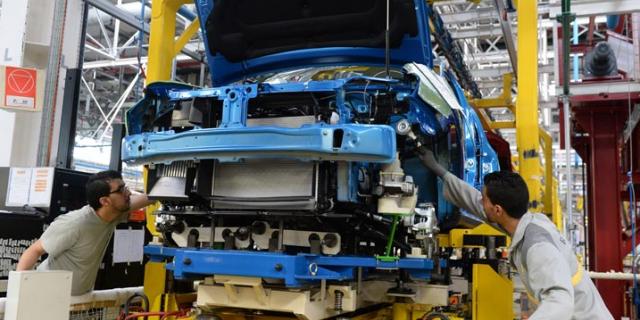 Rabat – King Mohammed VI has officially ordered the injection of MAD 15 billion ($1.6 billion) from the state budget to a strategic investment fund that seeks to boost investment and revive Morocco’s economy.

The King initially announced his plan to create the fund during his Throne Day speech on July 29. He stressed the importance of the move on Friday during his speech to open the new legislative year of the Parliament.

Opening his remarks, the monarch recognized that the Parliamentary opening was taking place under unprecedented circumstances due to COVID-19, recalling the impact of the pandemic on Morocco’s economy and its people.

“As you know, this crisis has persistent health, economic, social, and psychological consequences,” the King told MPs.

King Mohammed VI added that the crisis required work and unwavering support from the public and private sectors to boost economic activity and strengthen social protections.

The speech also recalled the recovery plan the government launched to revive and rescue Morocco’s economy.

“It is meant to support productive sectors – especially small and medium-sized enterprises – and to increase their ability to invest. It is also designed to create jobs and to preserve sources of income,” the King said.

He added that the economic revival plan centers largely on the state’s strategic investment fund.

The monarch said he decided to call the initiative the “Mohammed VI Investment Fund.”

The sovereign believes the fund will play a “pivotal role” to promote investment and boost Morocco’s economy.

The fund seeks to support productive sectors and to finance major projects.

“I expect this fund to be a model institution in terms of governance, efficiency, and transparency.”

The King also called for the injection of MAD 15 billion ($1.6 billion) from state resources in order to “incentivize Moroccan and international partners and encourage them to support fund interventions.” Another aim is encouraging them to “participate in investment projects designed to promote the recovery plan.”

Morocco’s ‘Mohammed VI Investment Fund’ will factor into its overall recovery plan, which will focus on a set of sectors including industry and innovation. It will also support small and medium-sized enterprises, infrastructure, agriculture, and tourism.

All of the sectors experienced major setbacks due to COVID-19, with the lockdown and state of emergency prompting some to suspend activities for more than two months.

Among the sectors worst affected by COVID-19 is the tourism industry, which cost Morocco MAD 18.3 billion ($2 billion) by the end of July.

The number represents a decline of 44.1% in revenue.

“Needless to say, in the current circumstances, support must be given to this highly important sector. Moreover, the implementation of all farming projects should be accelerated,” the King said.

In addition to the impacts of COVID-19 on industries, the King also pointed out concerns over unemployment.

Unemployment in Morocco soared recently due to the COVID-19 pandemic.

The country’s unemployment rate reached 12.3% in the second quarter of 2020. The figure is the highest since 2001.

Morocco’s agricultural sector also experienced impacts due to both COVID-19 and a lack of rainfall.

Lack of rain in some areas also impacted the production of cereals in the 2019-2020 season.

The government estimates the final production of Morocco’s main cereals at 32 million quintals. The number represents a decrease of 39% compared to the previous season.

To cope up with agricultural challenges, King Mohammed VI called to put one million hectares of communal agricultural land at the disposal of investors and rights holders.

King Mohammed VI said: “The total volume of investment expected under this project over the medium term is estimated to stand at approximately MAD 38 [billion] ($4.1 billion).”