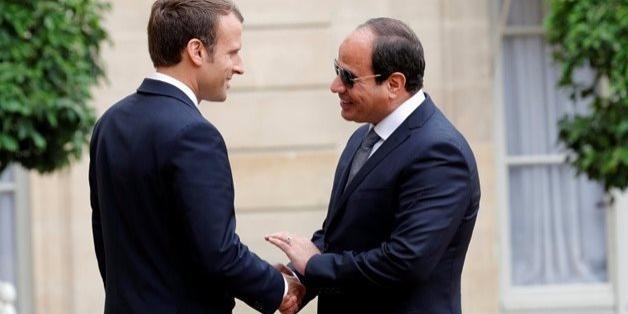 CAIRO – 28 August 2021: Egypt’s President Abdel Fattah El-Sisi discussed with his French counterpart, Emmanuel Macron, fostering France’s involvement in the Egyptian developmental plans in all fields, as they met in Baghdad.

Their meeting took place while they both participated in a regional summit in the Iraqi capital on Saturday.

Sisi and Macron discussed working to double the French investments in Egypt and advancing the economic cooperation between the Egyptian and French sides, Presidential Spokesperson Bassam Radi said in a statement.

Sisi praised the development in bilateral relations between Egypt and France in all fields, stressing Egypt's aspiration during the coming period to enhance political coordination and exchange views with France on various regional and international issues of common interest.

This includes especially issues of sustainable development and support for peace and security in the region, the spokesperson said.

Sisi also highlighted the need to continue to work closely to advance bilateral relations and maximize the use of the capabilities and opportunities available in the two friendly countries, especially in the transport sector, the manufacture of trains and electric cars, and the renewable energy sector.

Sisi also underlines the importance of benefiting from the French expertise in the national project to develop rural villages in Egypt within the framework of the Haya Karima (Decent Life) initiative.

For his part, the French President expressed his country's appreciation to Egypt, praising in this context the close ties between Egypt and France and the depth of the bonds of friendship that unite the two countries.

Macron praised the unprecedented momentum witnessed recently in relations between the two countries in various fields, especially at the level of economic relations and trade.

The French president also affirmed his country's keenness on intensive coordination and consultation with Egypt as one of its most important partners in the region.

Macron praised Egypt’s role in laying the foundations for stability in the Middle East, the Mediterranean and the African continent, and its efforts in combating terrorism, extremist ideology and illegal immigration.