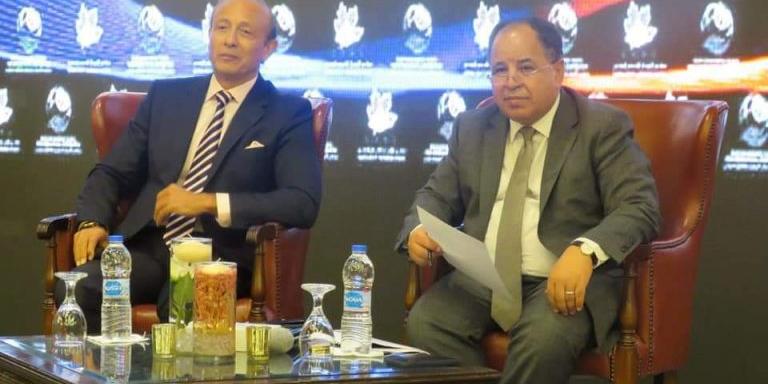 Mohamed Maait, Egypt’s Minister of Finance, has stressed the government’s keenness on implementing structural reforms to lay the foundations for an environment that attracts investment, and expanding stimulus to maximize the role of the private sector in the development process.

Maait’s remarks came during a forum organized by the Egyptian-Canadian Business Council headed by Moataz Raslan.

This will be contributing to strengthening the structure of the national economy, offering millions of jobs annually, and raising inclusive growth rates in a sustainable manner.

He explained that the government seeks to adopt many initiatives in support of economic activities, and that EGP 28bn was disbursed to exporters from their due export subsidies with the Export Development Fund during the period from March 2020 to June 2021. In addition, EGP 8bn was allocated in the budget of the current fiscal year (FY) 2021/22 to support exports. The export subsidy helps provide the necessary cash flow to ensure the continued production and preserve employment, especially during the coronavirus pandemic.

Maait pointed out that EGP 500m was also allocated to supporting car and vehicle exporters working in Egypt, which shows the government’s keenness on stimulating the export sector and its production activities, expanding export base and enhancing the competitive strength of Egyptian products in global markets.

He stressed that there were no plans to impose new taxes, but rather a plan to collect the tax dues, by strengthening governance, raising the efficiency of tax collection, and expanding the tax base by integrating the informal economy into the formal economy. This would happen through expanding the use of technological solutions, as the project of modernization and automation of the Tax and Customs Systems continues, to facilitate and digitize the procedures. It is intended to use artificial intelligence in these aspects in 2022, to ensure that all commercial transactions “online” are monitored, and tax justice is achieved. Noteworthy, the application of the electronic invoice system revealed 1,700 cases of tax evasion, for which the total dues amounted to EGP 3bn.

For his part, Moataz Raslan stressed that he supports all digital transformation projects for taxes and customs to achieve tax and customs justice.

Maait said the first phase of the e-invoice system project will be implemented within six months. It is based on the establishment of an electronic central system, which enables the tax authority to follow up on all commercial transactions of goods and services between financiers and consumers “B2C” in real time, and verify their validity, through electronic integration with the sales devices of merchants and service providers (POS). This step includes installing sales movement control devices (SDC), to contribute to integrating the informal economy into the formal economy, and reduce tax evasion. Moreover, the electronic receipt system is considered a smart mechanism to ensure that the taxes paid by the consumer on goods and services reach the state’s public treasury in real time, to increase spending on improving living.

He explained that the digitization of the tax management system contributes to facilitating the “tax refund” procedures for financiers. It is targeted by the end of the current fiscal year for the tax refund period to not exceed 45 days.

He stressed that the economic performance during COVID-19 exceeded all expectations according to the testimony of international institutions. According to the International Monetary Fund (IMF), Egypt was one of the best countries in terms of the efficiency of spending to support economic activity, and was among the few countries that maintained a positive growth rate, despite the circumstances. He pointed out that the Egyptian economy recorded 3.3% of GDP during the last fiscal year, and the total deficit decreased from 12.5% ​​in FY 2015/16 to 7.4% in FY 2020/21, and a primary surplus was achieved. It approached 2% before the pandemic instead of an initial deficit of 3.5% during FY 2015/16, and the annual growth rate of public revenues increased by about 12.2%. In addition, all international rating institutions decided to stabilize Egypt’s credit rating in light of COVID-19 crisis.