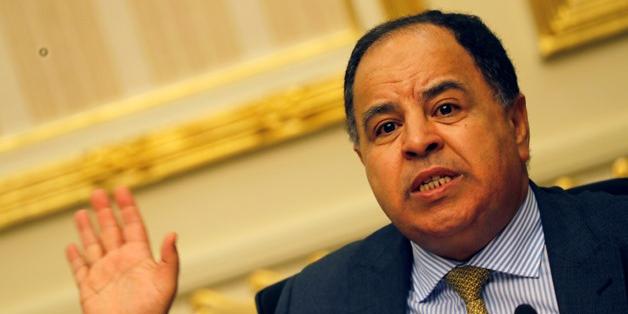 Egypt’s Minister of Finance, Mohamed Maait, announced Thursday the trial launch of the electronic delivery system, which will begin its actual implementation in places of sale to consumers within 6.5 months.

"We are firmly proceeding with the implementation of the presidential mandate to strengthen the governance of the state's financial system, and to press the timetable for the completion of the national project to modernize and automate the tax and customs systems in March 2022,” Maait said in a statement.

The minister added that this contributes to the localization of modern technology and global expertise in facilitating the business community, stimulating investment, reducing the size of the informal economy, increasing GDP, and collecting public treasury dues, in a way that helps maximize public revenues and improve the state's financial capabilities, and enhancing aspects of spending on improving the standard of living of citizens, and achieving development and economic goals.

"Our success in implementing the electronic invoice system pushes us to complete the process of digital transformation with the new electronic receipt system, to enhance the governance of the tax system, through the optimal use of technological solutions in following up on commercial transactions between financiers and consumers in real time in all outlets of sale and purchase and the provision of services throughout the Republic,” he added.

The minister explained that the electronic receipt system is based on the establishment of a central electronic system, which enables the tax authority to follow up all commercial transactions to sell goods and provide services between sellers in sales centers and service providers on the one hand, and consumers on the other "B2C" on the other hand.

Maait continued: "Verifying their validity, through electronic integration with the vending machines of merchants and service providers (POS), by installing sales control devices in them, in a way that contributes to integrating the informal economy into the formal economy, reducing tax evasion, and establishing pillars of tax justice, achieving the principle of equal opportunities among financiers in the Egyptian market, and realizing the right of the state.

The minister said, during the announcement of the trial launch of the electronic receipt system, that Microsoft and E. Finance, Ernst & Young, Technology and Operations Tax Solutions Inc. TAX, and the Information Technology Industry Development Agency (ITIDA), are implementing the electronic receipt system at the Tax Authority, which helps in achieving many advantages for financiers.

Maait added that the electronic receipt system is a smart mechanism to ensure that the taxes paid by the consumer on goods and services from their outlets reach the state’s public treasury in real time, pointing out that the electronic receipt system will be compatible with most points of sale at wholesalers and retailers who sell to the final consumer. He added that the process of joining the new system will be very simple and inexpensive, but it will be mandatory.

The minister pointed out that the electronic receipt system comes as a complement to the electronic invoice system, which will be integrated with it within the framework of the national project to modernize and automate taxes.

He explained that more than 2,700 companies have joined the electronic invoice system so far, and sent more than 55 million electronic invoices, which reflects our success in this experiment that Egypt was able to be one of the first countries in Africa and the Middle East to implement, through which we succeeded in revealing more Of the 2,800 cases of tax evasion, tax differences exceeding 3.5 billion pounds were collected from the state’s public treasury dues.