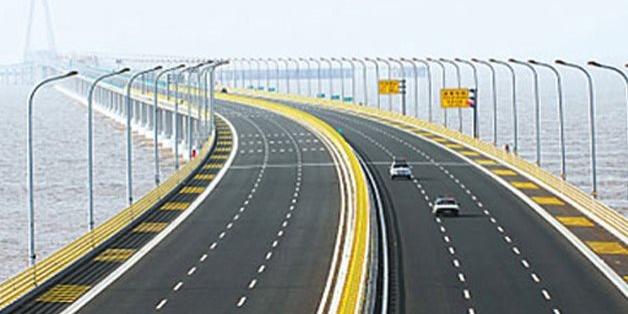 CAIRO - 22 March 2022:  Number of national and strategic road projects in the next fiscal year's plan includes about 45 projects, Minister of Planning and Economic Development, Hala El-Said.
El-Said said that the plan for the next fiscal year includes the construction of 10 transverse axes on the Nile, and the establishment of 18 overpasses.
The 2022/2023 plan also includes the completion of the implementation of 1,000 km in the field of electrification of railway signals, the expansion of a metro network, in addition to the completion of 47 stations of the express train project.
The minister added that the plan also includes the completion of the rehabilitation and lining of canals with a length of about 6,000 km.
This came during a cabinet meeting, Tuesday, chaired by Mostafa Madbouli.
The Minister of Planning touched on the most important projects of the electricity sector in the 2023-2022 plan, which included the completion of strategic projects to support the national grid and secure electrical nutrition for economic and social development projects, the national project to replace overhead lines with ground cables, and works to transfer utilities in conflict with the national road development project.
She also referred to the most important initiatives, programs and projects in the local development sector in the next fiscal year's plan, which were represented in the projects of paving local roads, the local development program in Upper Egypt, the initiative of unified government service complexes, the solid waste management system, and projects of automated slaughterhouses.
El-Said presented projects to develop urban communities within the "Hayah Karima" initiative, with 75 urban communities, as well as projects to localize the sustainable development goals in the priority sectors, namely health and education in disadvantaged areas.
The minister also addressed the most important green projects in the sustainable development plan for the fiscal year 2023-2022 in the sectors of transportation, irrigation, housing, local development and electricity.
In the telecommunications sector, the plan includes the establishment of a unified national network for advanced emergency and public safety services, the development of the Passports Department and the issuance of electronic visas, in addition to projects to develop and modernize the information infrastructure and digital content, as well as the investments that will be directed to raising the efficiency of the use of the Internet and the interconnection networks of the state's administrative apparatus, in addition to a large number of important projects in the telecommunications sector.
In the context of the plan, it includes a number of projects in the youth and sports sector. These projects include the construction and development of 700 five-a-side stadiums and a youth center, as well as 7 youth cities in a number of governorates, 8 hospitals and sports medicine units, 4 civil education centers, and others.
It also reviewed the objectives of the economic and social plan for the next fiscal year in relation to the culture sector, which is the establishment and development of 20 culture palaces, 9 culture houses, and 4 theaters.