Here is its full text:

“President of the Republic Abdelmadjid Tebboune, chaired on March 10, 2020, in the headquarters of the Presidency of the Republic, a working meeting on the assessment of the economic situation, in the aftermath of the drastic fall in oil prices impacted by the global economic slowdown caused by coronavirus outbreak and the unilateral decision by some OPEC member countries to sell their crude oil output with particularly aggressive discounts.

The meeting was attended by the Prime Minister, Ministers of Finance, Energy, Industry and Mines, Agriculture and Rural Development, Commerce, the Governor of the Central Bank, as well as the Chief of Staff and the Secretary General to the Presidency of the Republic.

After hearing presentations made by the participants, the President of the Republic gave guidelines to face a situation which remains difficult but which the State possesses the national means to face.

In this regard, the President of the Republic instructed the members of the Government, present in this meeting, to take all the necessary measures to curb the effects of this unfavorable situation for the national economy. He stressed the need to preserve the citizens’ revenue and living standards.

The minister of finance has been instructed to immediately submit a first draft of the Complementary Finance law to remove some inconsistencies in the 2020 Finance Law. The objective is to include measures capable of countering the financial effects caused by the crisis and collect the unrecovered taxes and customs revenue. He has also been entrusted with speeding up the process of creating private Islamic banks.
See also: Financing priority actions: Djerad announces drafting of Complementary Finance Law

The President of the Republic firmly rejected the resort to foreign borrowing and unconventional financing.

Instructions have been given to the minister of commerce to undertake judicious management of imports without affecting citizens or the national economy. The With sufficient resources for the years 2020 and 2021, the State is not likely to suffer shortages in industrial inputs or necessary products.

Also, the head of the State instructed the minister of agriculture to increase national production in order to at least halve the import of produces destined for human and animal consumption, especially corn and red meats.

The Industry and Mines Minister has been instructed, for his part, to immediately set up all the arrangements leading to a national production with 70% integration rate for the light industry, hitherto artificially applied by the CKD/SKD formula, and re-launch mechanical engineering with a 35% integration rate at least.

He has also been instructed to encourage, without any restriction, the creation of micro, small businesses and start-ups and to remove all forms of regulatory and bureaucratic obstacles to their expansion.

As for him, the Governor of the Central Bank was instructed to accompany this steps aiming at reviving economic activity, just as he was tasked with transferring into the legal gold reserve all customs seizures as well as the National Solidarity Fund which had been frozen for several decades.

Likewise, he has been entrusted with ensuring the repayment of loans granted by banks to private investment holders. Finally, the President of the Republic ordered members of the government to continue to closely follow, under the authority of the Prime Minister, the situation with a view to taking all the necessary measures in the event of prolonged deterioration of the economic situation so to protect citizens.” 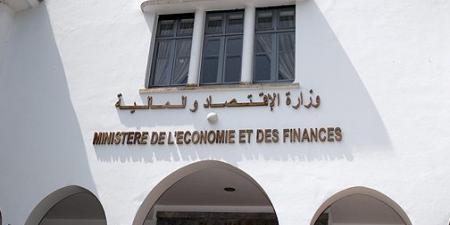 The Ministry of Economy, Finance and Administration Reform announced, on Wednesday, the setting-up of an Economic Monitoring Committee as part of the government's efforts to anticipate the direct and...