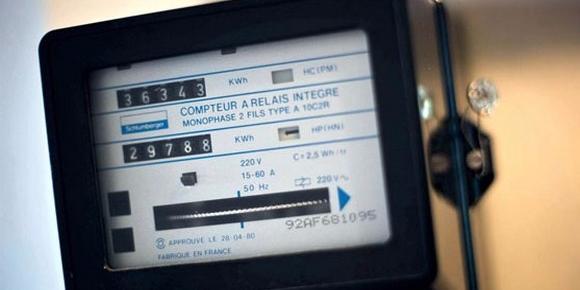 ALGIERS-Energy Minister Mustapha Guitouni on Monday called on large electricity consumers to rationalize their consumption, and announced that the ministry "was considering" an increase in prices for this category of consumers in the middle or long terms.

During the ceremony of handing over the decision to appoint the Director of the Eastern Region and handing over the tasks to several distribution managers, organized by the National Electricity and Gas Distribution Company, Mr. Qaitouni pointed to the "waste" of electricity which still harms the public treasury because of the huge amounts spent annually to support prices energy.
"Last July we reached the peak in electricity consumption, estimated at 13,900 megawatts, and nothing was left to be consumed," he said, adding that Sonlegaz managed to avoid the use of power cuts and reached an additional 1000 megawatts In very difficult conditions to reach 14,000 megawatts versus 13,000 megawatts in 2016. "

He added that this record consumption was the result of the extreme heat that characterized the summer, but also the result of the "waste" which still distinguishes the consumption of about 6 million customers out of the 9 million of the company.
In a press conference after the ceremony, the minister said, "We are sowing very much. As the situation continues, we will revise the price in a way that makes customers pay more." "Fragile groups will continue to pay the subsidized price, but the rich will pay the original price."
He stressed that it was not decided "currently" to raise prices even for the elderly consumers.

"There is no decision to raise the price of electricity or energy in general," he said, adding that the preliminary draft of the Finance Law 2018 "currently does not provide for raising the price of energy."
Based on the figures, the minister revealed that Algeria is among the countries of the region and the least expensive world.
As an ideal, Mr. Kaitouni said that Algeria pays 77.7 dg for the first share of electricity consumption (250 to 500 kW) for the fragile categories compared to 9.06 in Morocco and 39.3 in Tunisia, while the second share for medium consumption is estimated at 4 kg per kilowatt In Algeria, compared to 7.10 in Morocco and 7 in Tunisia, while the fourth share of large consumers is estimated at 4 dj in Algeria and 15.9 g in Morocco and 14 dj in Tunisia.
"Price thinking should be based on the fourth largest consumer," he said.
The difference between energy prices in Algeria and neighboring countries is not confined to the electricity sector, but also affects fuel. On an annual consumption of 15 million tonnes, Algeria uses the cheapest prices in the region.
For example, the average price of gasoline is set at 32 dinars / liter, while in fact it costs 125 pounds for the state. In Morocco, gasoline is estimated to be 85 dinars / liter and Tunisia is 67 kg, he said.

As for the electricity production of Sunlagaz during the summer, the minister pointed to the waste that drives the institution to produce additional quantities costing billions of dollars / year.
"In 2018, an additional 2,000 megawatts of electricity must be produced, which will cost us a total investment of $ 3 billion to $ 4 billion," he said.
"However, this financial value can be exploited in other sectors if we get to rationalize our consumption of electricity," according to the minister.
In addition, the gas used in the production of this energy can be economy and export, which will lead to difficult currencies for the country, according to Mr. Qitouni, who pointed out that in exchange for an electricity production capacity of 14000 megawatts in Algeria, Mauritania produces 400 megawatts, Morocco 6000 MW and Tunisia 4000 megawatts.
"Low prices in Algeria encourage consumption," he concluded.
In response to a question on the cause of the deficit recorded by the Algerian company for the distribution of electricity and gas, which is worth about 51 billion dj in 2016, the minister said that this result is "obvious, since we produce at a cost of 11.43 dg per kilowatt Courier and we sell 4 dj, Kg per kilowatt courier ".

"To counter this situation, we have to have better cost control.
In response to a question about the measures to be taken by the ministry, Mr. Qaitouni said that open doors around the National Agency for Petroleum Resources Assessment will be organized in September in Algiers (at the level of the International Center of Symposia at the Club) in the presence of ambassadors and national public dealers. This agency is in the horizons of return for exploration and exploration in the mining field.
He also announced that the Agency is preparing to launch the fifth national and international tender to grant areas for research and exploration of hydrocarbons without giving any date.